Original plan to cycle through the newly established mountain bike trail between Mäntyharju and Repovesi National Park over the last weekend got postponed (to very near future I hope), and instead a train-assisted bikepacking tour in Raseborg was chosen. I had shortlisted some interesting spots around Raseborg region earlier, so I pulled that out to make a rough plan for an overnighter, and got a friend interested enough to tag along. 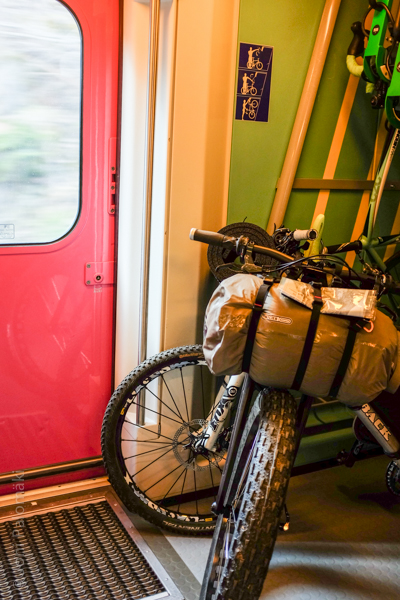 First leg was by train from Espoo to Lappohja, with three different types of train (including one of those cute bus-like regional trains). I had followed the mixed weather forecast keenly, but despite the short shower while cycling to Kauklahti railway station (and a brief flurry of hail that followed) sun kept shining between the clouds while we placed the bikes next to the bicycle racks in the InterCity train. Old VR cars are so much better for transporting bikes - fatbike does not even fit to the over-engineered bike hangers in the newer trains. And it’s a tight fit for any three bikes. 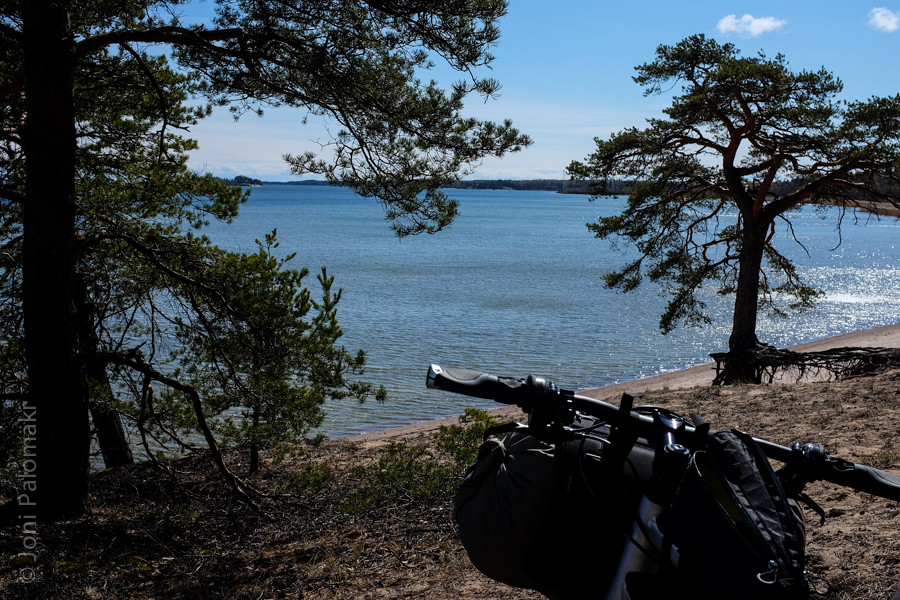 Arriving to destination, we rode to the Lappohjanranta, a shoaled bay of fine sand over a kilometer wide, with views to the sea from the timbered dunes, protected from wear and tear by a fence that routes visitors through the wooden stairways. 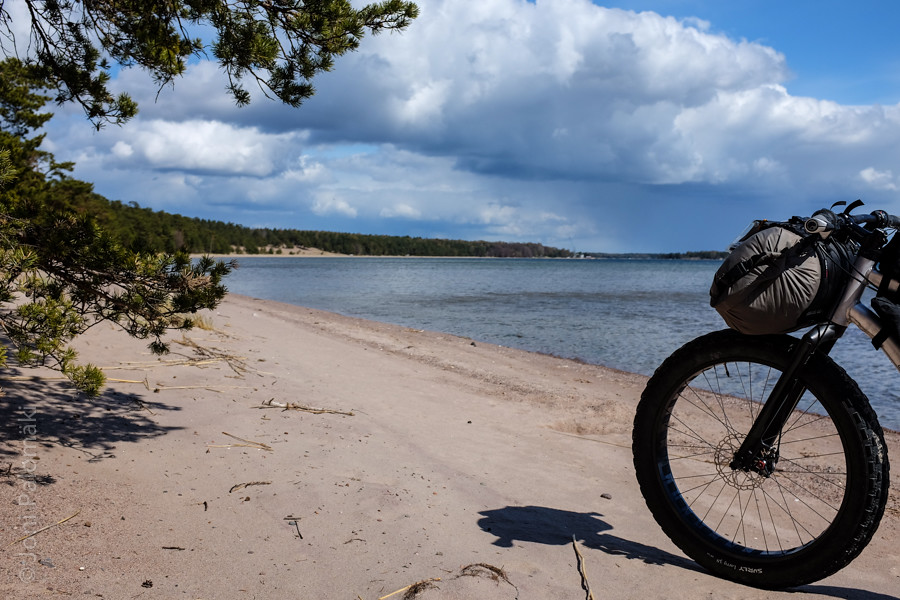 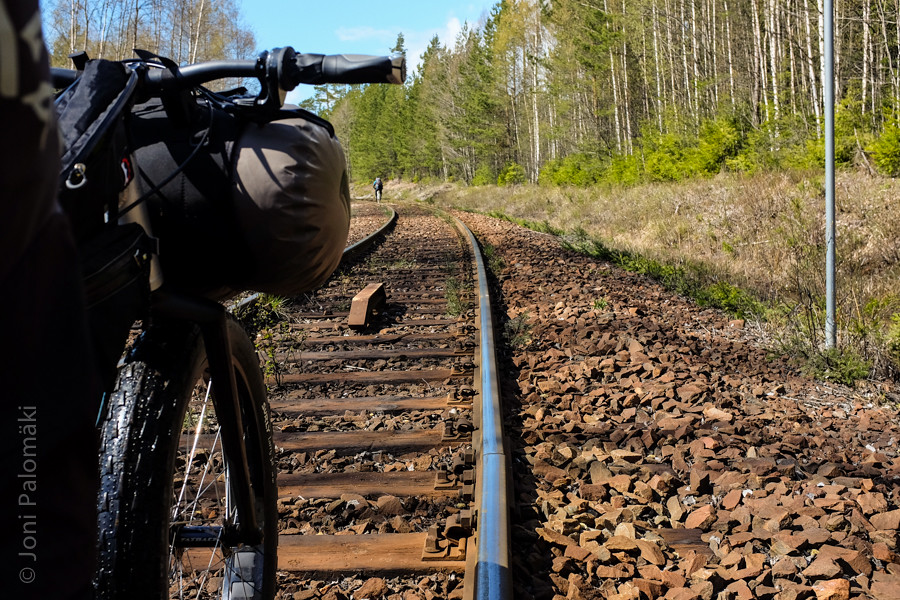 Wind on our back, and picking up, we biked across the beach and started heading towards Tammisaari, some 18 kilometers away. Following mainly the coast line, we found sections of nice single track here and there, disconnected by lengths of gravel roads and tarmac. After stopping for some ice cream and cake in Villa Kosthåll at Skogsby and passing wartime front lines with tank barriers, next target was the Dagmar spring - perfect spot for a refreshing refill, while locals were hauling large water containers along the trail (it’s a short walk from the parking lot). 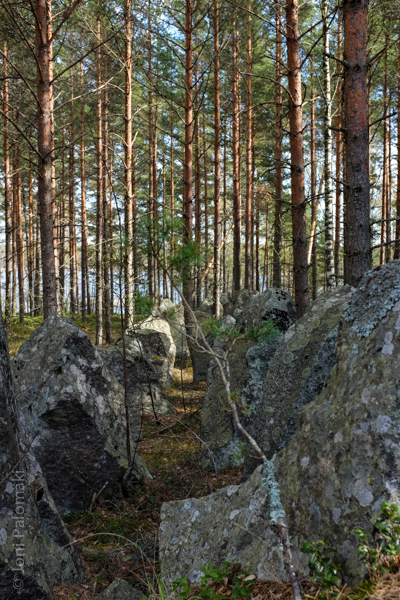 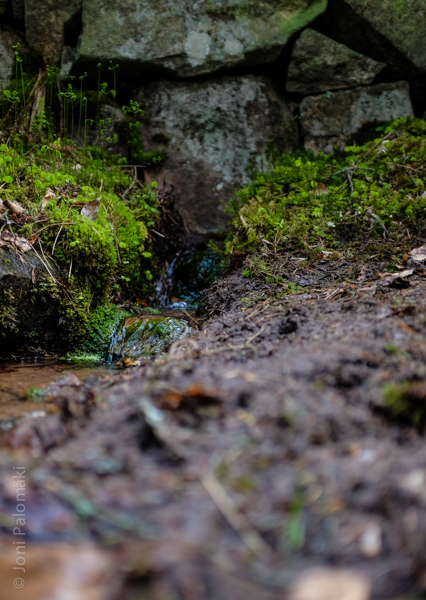 We had been pushing the rain clouds ahead of us, but as it now looked like the weather would finally close in, we continued quickly to Tammisaari downtown, to buy some fresh food for the evening. My rough plan had pinpointed few lean-to’s in the Västerby outdoor area northwest from Tammisaari, and with the weather clearing again in front of us, we entered the gravel roads and the network of well-marked trails. 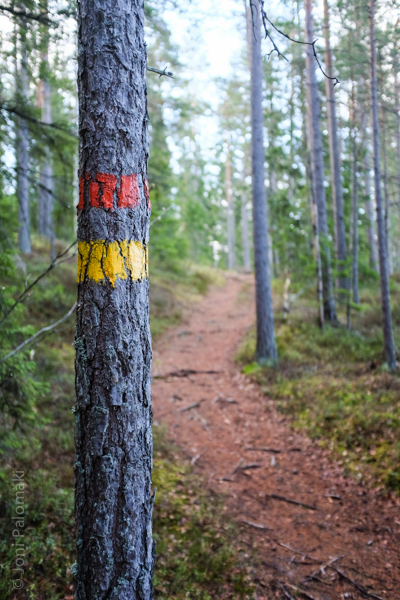 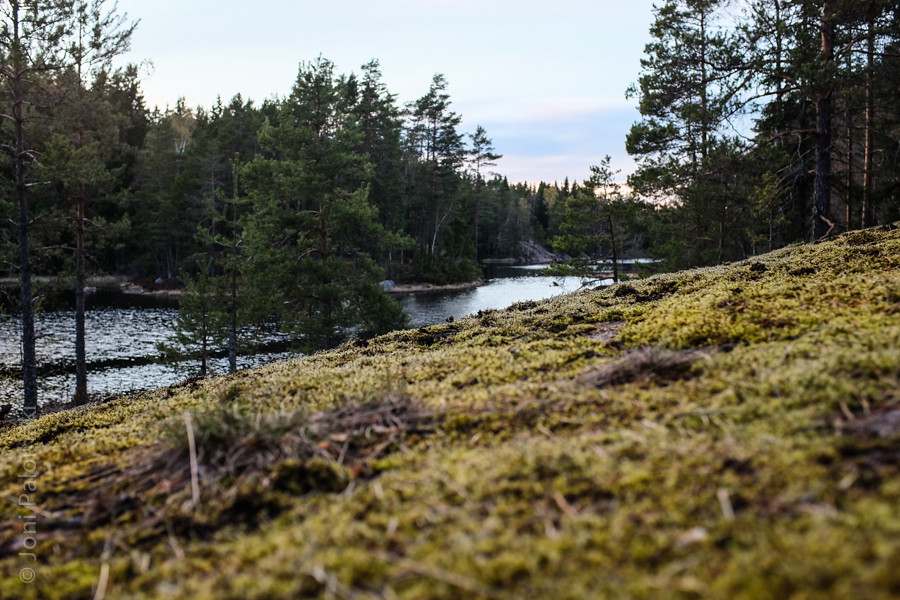 Using the PDF map found under the link above, we cycled first to lake Västerby Storträsket (and the lean-to there), and continued then towards lake Långträsket. Passing two other lean-to’s, we reached the southern tip of lake Grabbskog Storträsket, and found yet another lean-to on the edge of the lake, quickly agreeing it was the nicest of the ones seen, and perfect spot for the night. Odometer showed good 40 kilometers of riding for the day, and we were ready for the dinner feast and ride backwash. 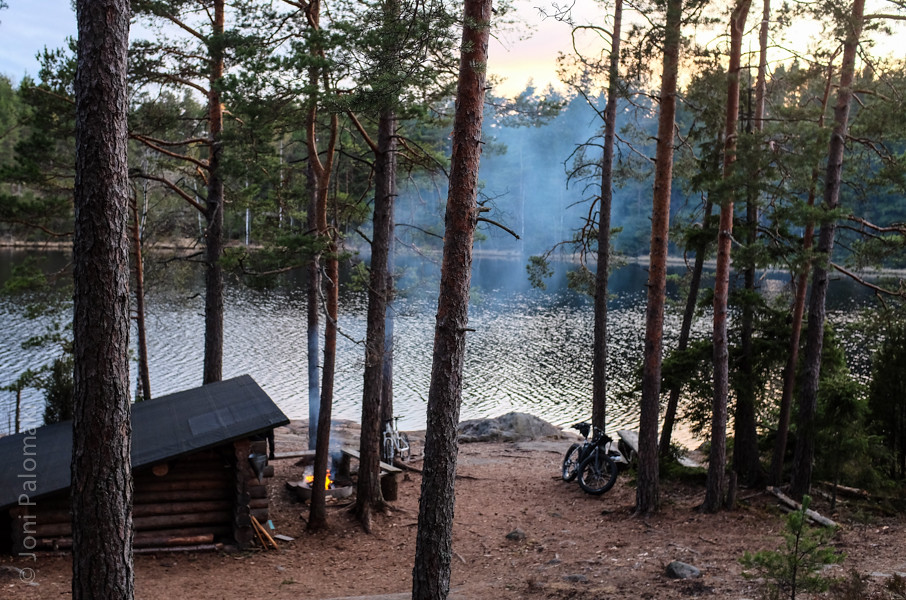 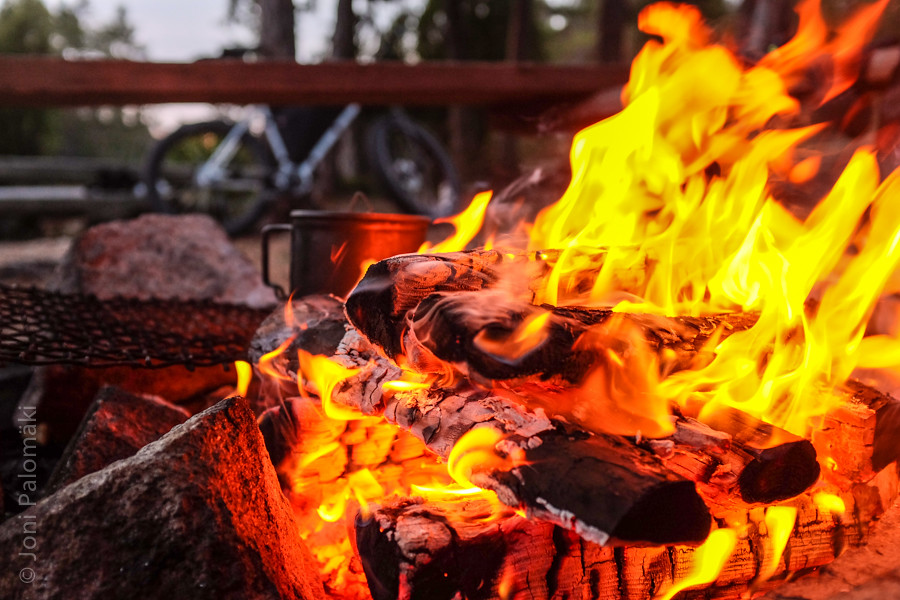 Night was peaceful, with a soundtrack of wind calming down, overdue downpour at night and early morning trumpets of passing Mute Swans and chatter of Black Grouse from the distant bog. With an early train to catch from Tammisaari, we packed up after a quick breakfast around eight in the morning, and followed trails and gravel roads back to tarmac. After some eight kilometers, we reached the railway station to hitch the ride back home with the same combination of trains (at a moderate price of 15 EUR with a bike).

Great little outing in a new area, and definitely will pay it another visit at some point, as there’s still a lot more ground to cover, trails to ride. And the bike worked like a charm except for the odd case of faulty chain rollers that required some roadside maintenance (and visit to Velosport this week for warranty replacements). I used a setup I tested earlier last week, riding without a backpack, and it worked well, including the large(ish) 22 liter Ortlieb PS10 dry sack strapped to the harness on the handlebar. 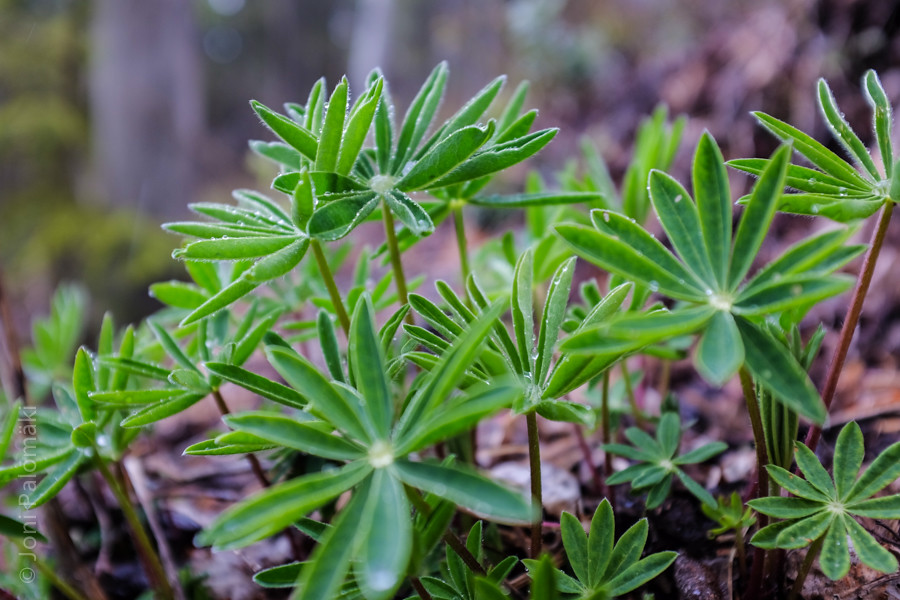