Last weekend the 7th annual Helsinki Adventure Night took place. Originally one of the shows within the Reel Rock Tour, over the years it has evolved into a more full blown adventure night it is today, presenting hand picked films and documentaries not just about climbing. This year the event included two full movies: Antarctica: A Year on Ice and, as part of the Reel Rock Tour, Valley Uprising. A Year on Ice conveyed very well the realities of working in one of the research stations in Antarctica at different times of the year, while Valley Uprising drilled into the history of modern rock climbing in Yosemite Valley, over half a century. Filled with legends in making and other intriguing characters, clashing with authorities (and at times one another) while living their passion, it is a riveting story that continues to this day. 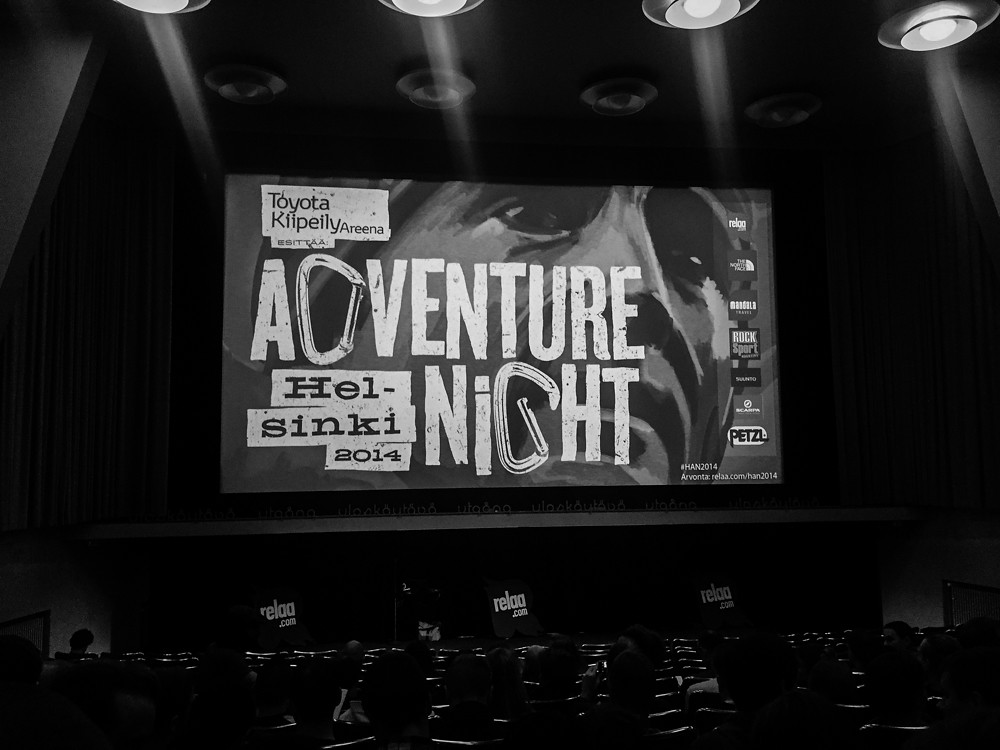 In between the two movies there was a highly anticipated keynote from one of the world’s leading alpinists, Ueli Steck. This ‘Swiss Machine’ is a well-rounded athlete who has set records climbing difficult faces in the Alps faster than no one before, and been pushing the envelope also in the big mountains. Down to earth and humble regardless of his uncanny achievements, it was an interesting peek into professionalism in the border area.

As this event pulls together lots of outdoorsy people also a bit further away, it is good for meeting and catching up with friends out of town, with ample time to chat during the longish intermissions. But what would be an adventure night without an adventurous finish, and Marko pitched his idea on Twitter prior to the event - instead of downing a few more beers in the after party, what about heading outdoors?

We started planning after-adventure of Helsinki Adventure Night, Sat the 29th! Anyone else keen on going outdoors rather than posh party?

This open invite gained some interest and at the end of the event we had a party of five, packed and ready for a night out. Probably the best way to experience Helsinki just outside the city is to head out to the sea, and that’s exactly what we had planned for the night. 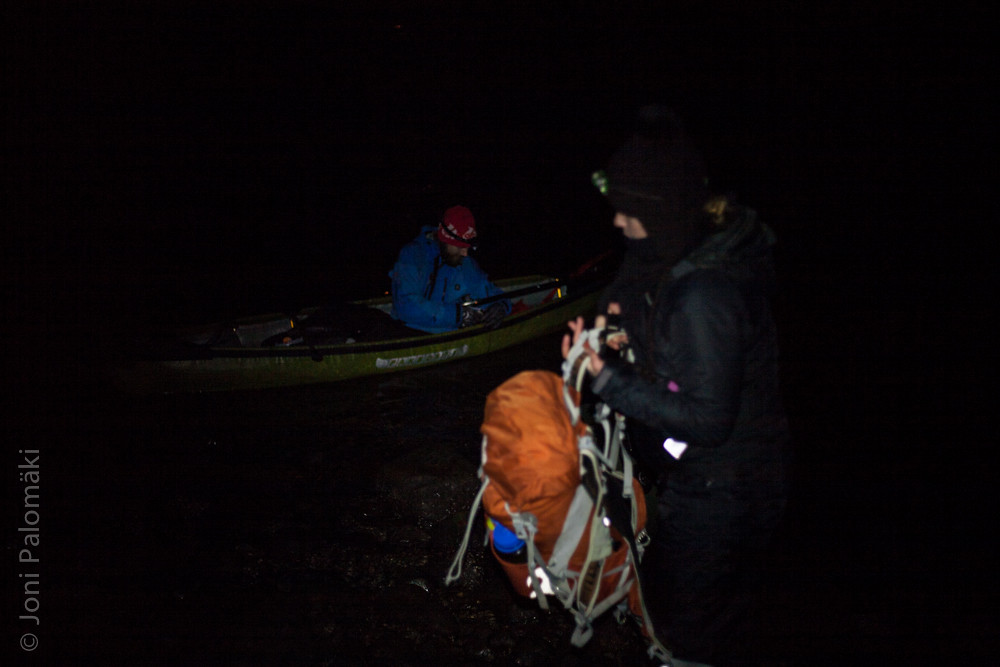 Between the five of us, we shared two inflatable rafts and a long retrieve line for island hopping, ferrying us into the murky sea, backlit by the city lights. 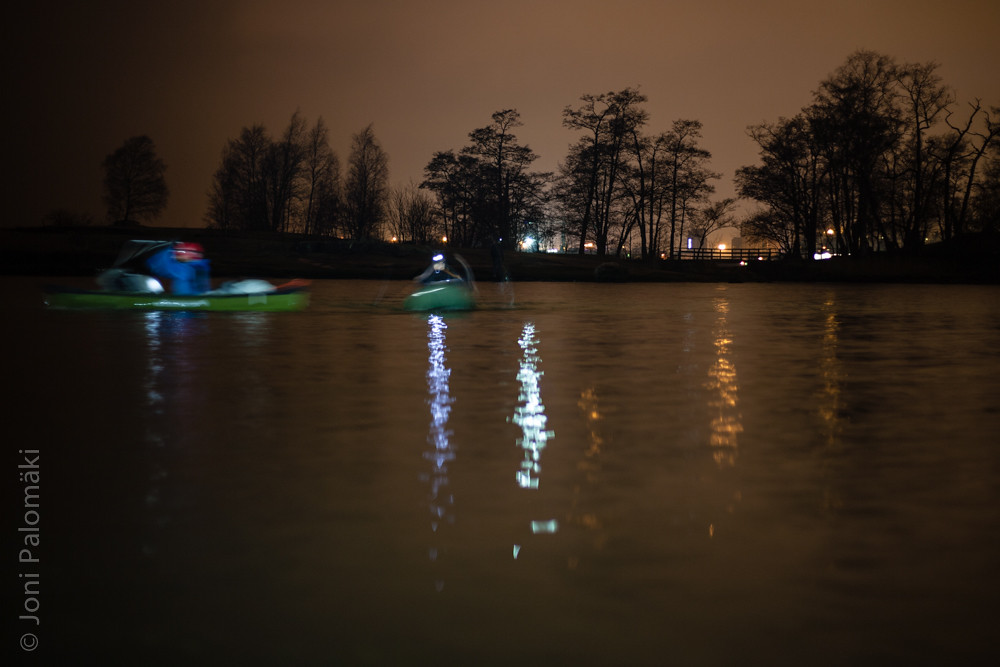 Finding a suitable spot for the night, a tarp was rigged and beverages and late dinner (and roasted marshmallows, thank you) consumed around the fire through the wee hours of the night. Weather forecast had been switching back and forth, but instead of sleet still forecasted late in the week, the air was dry and cooling down, to enter just about sub-zero temperatures towards the dawn. 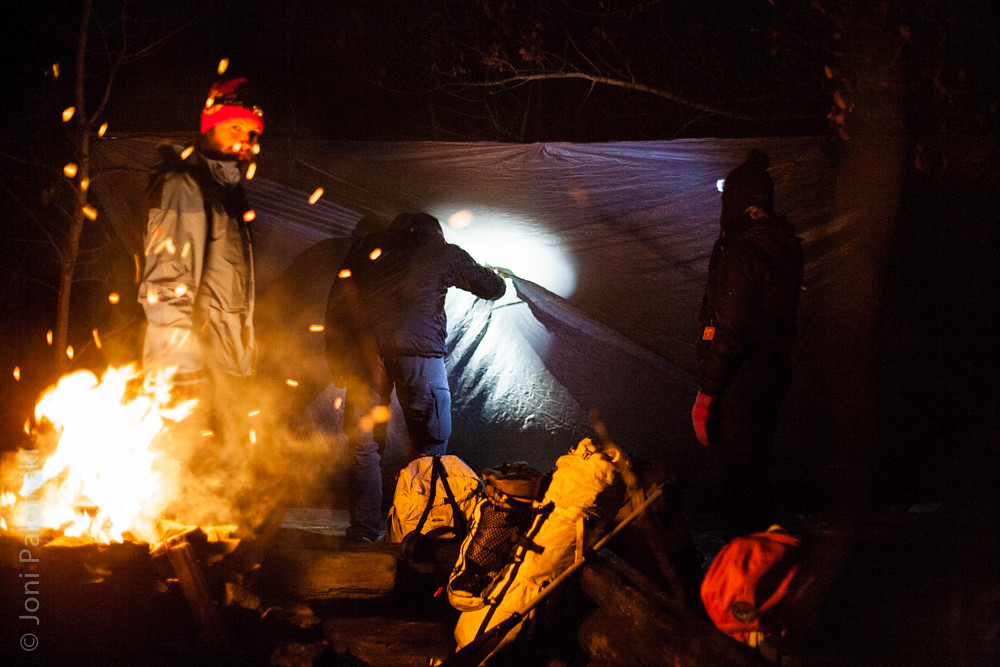 Morning greeted us with a flickering sun, and finishing coffee and breakfast we took it all in, taking the long route back towards the city, now basking in the sun. 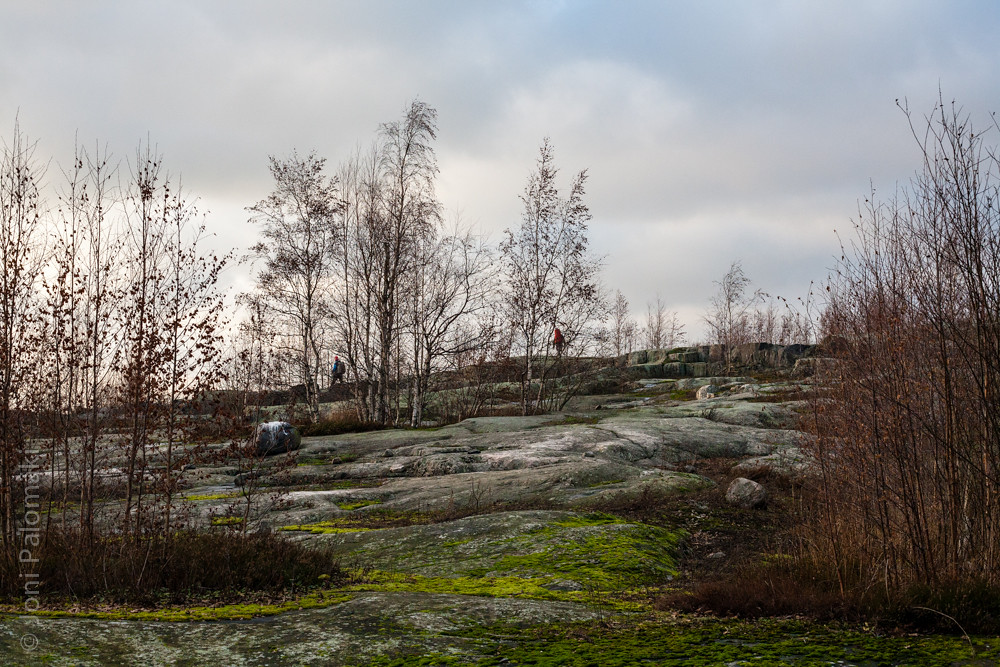 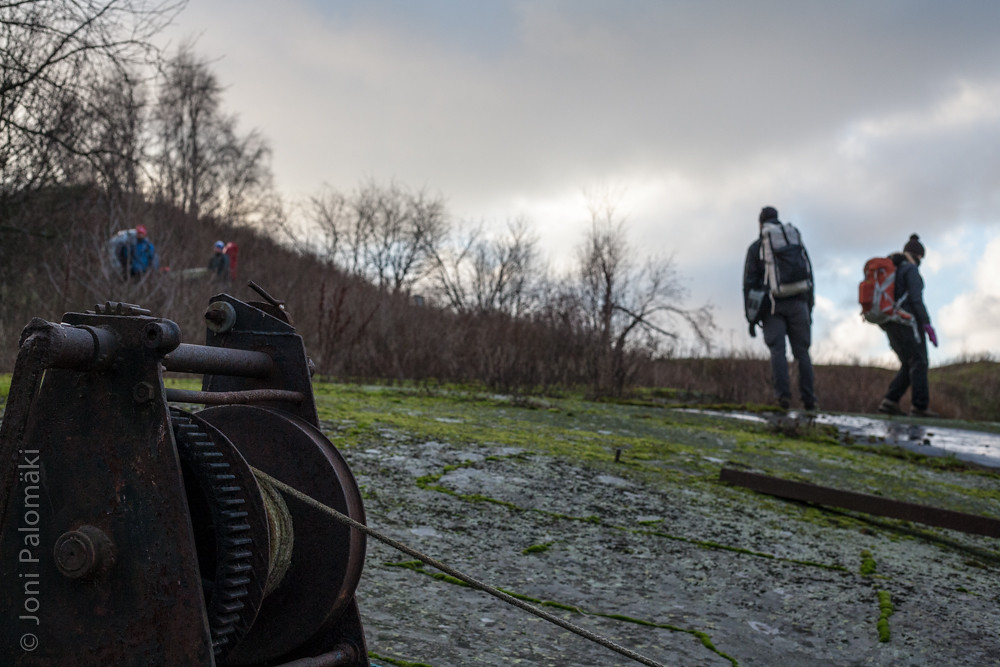 Few more rounds of ferrying with our Alpacka packraft and Pakboats canoe took us back to town, some 22 hours after the start of the leading event. 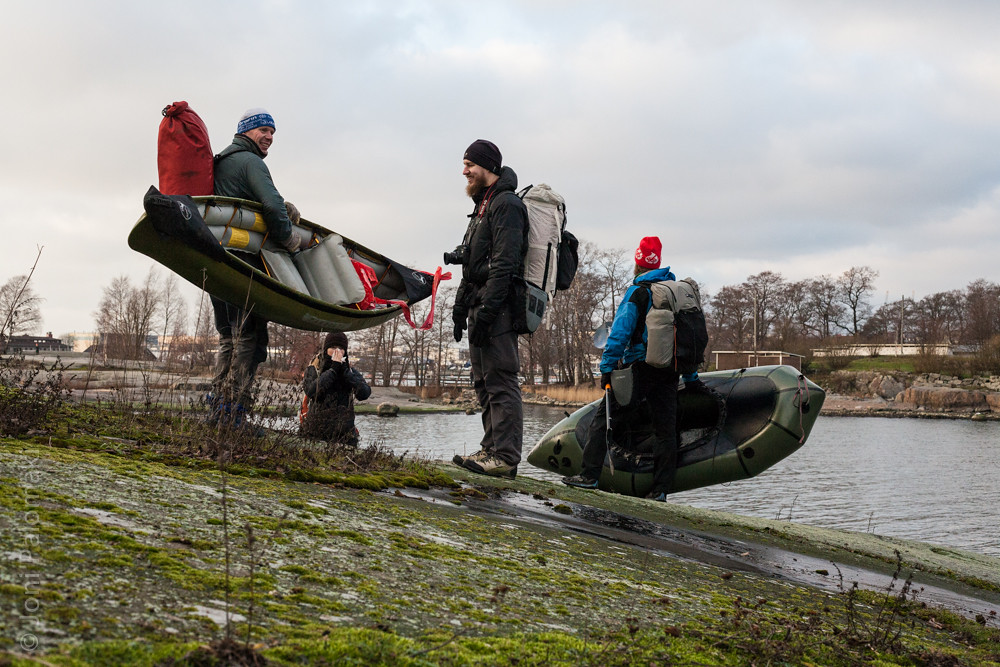 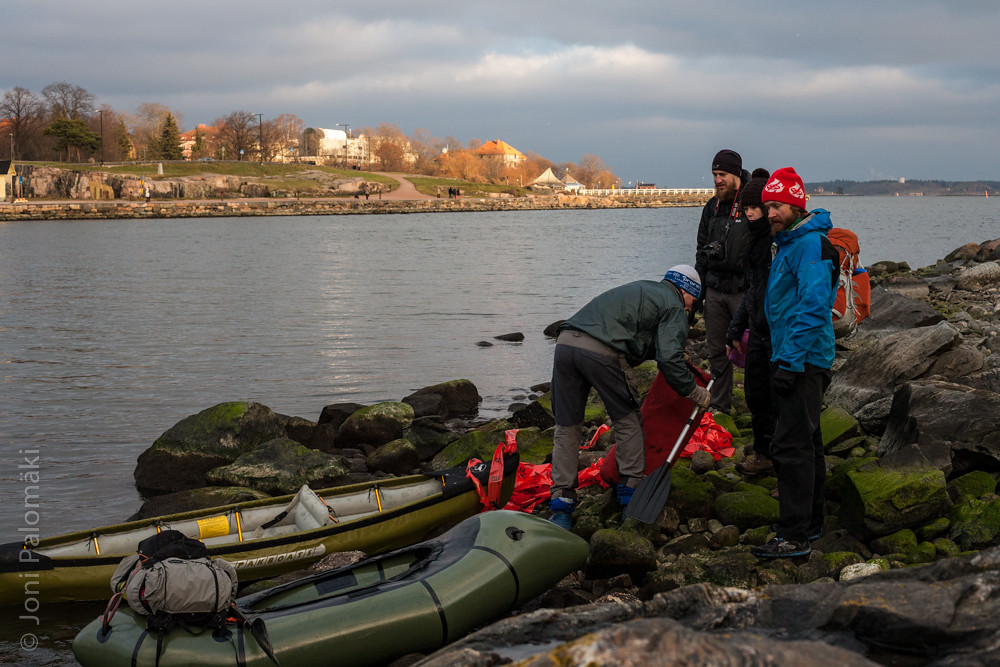 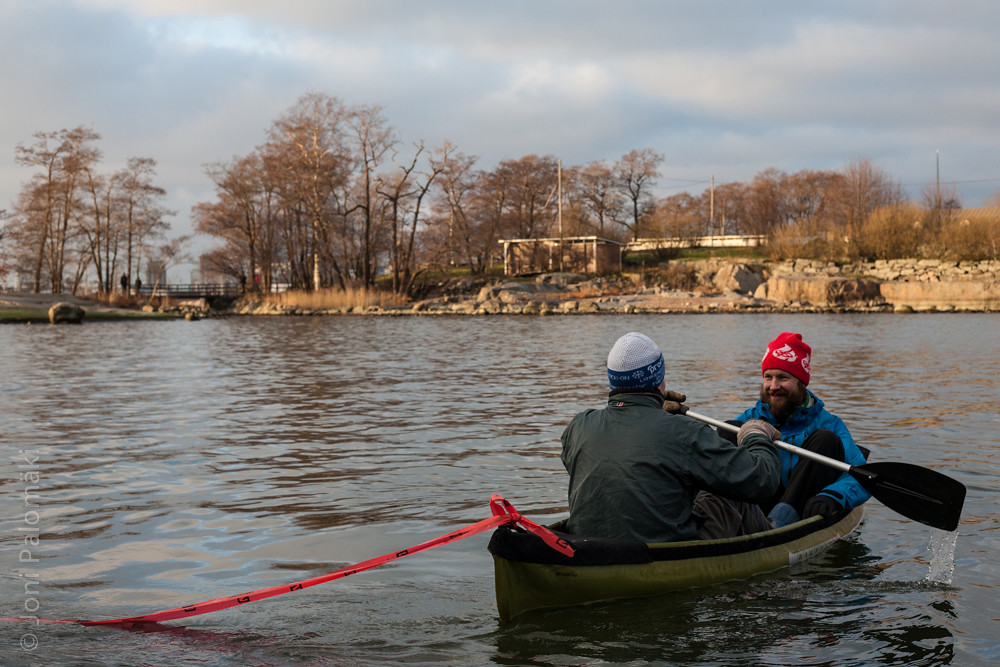 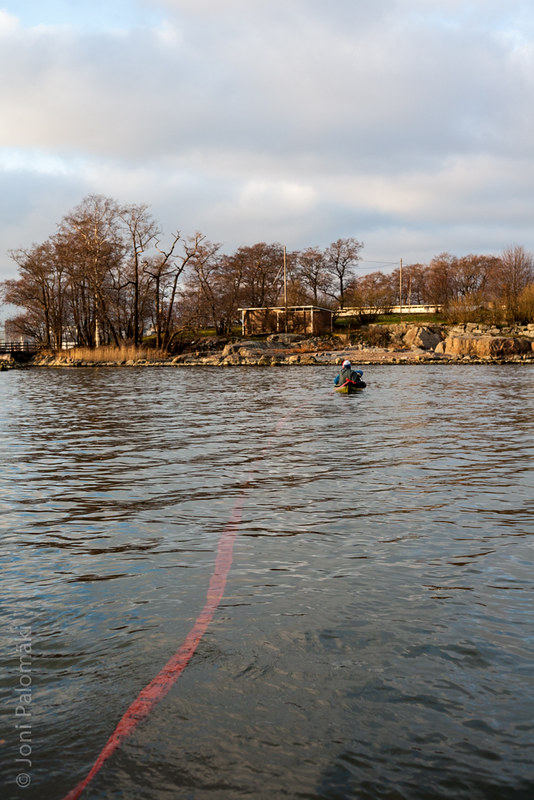 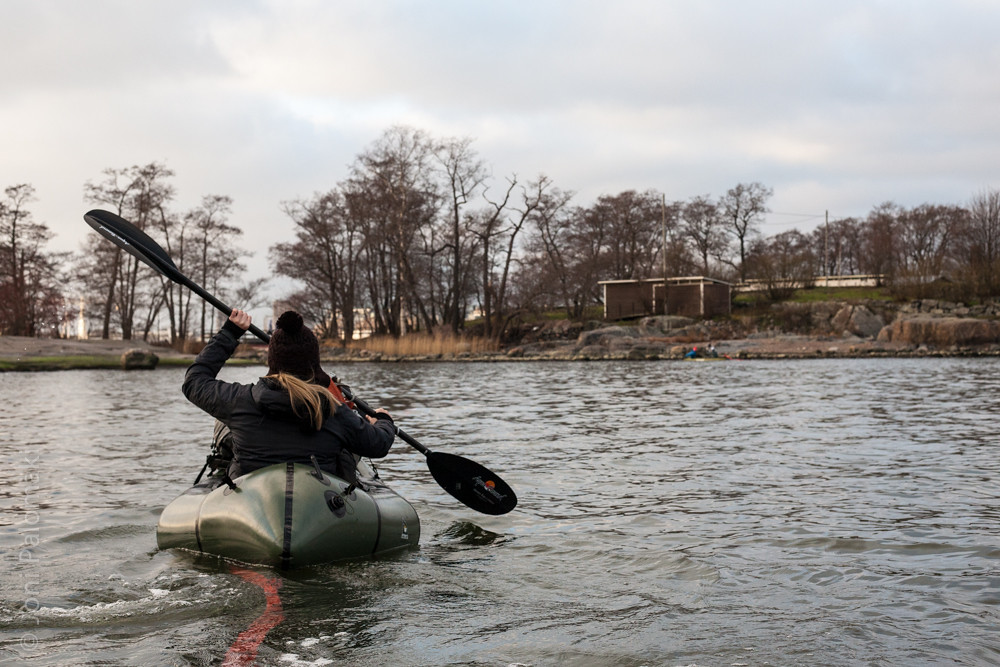 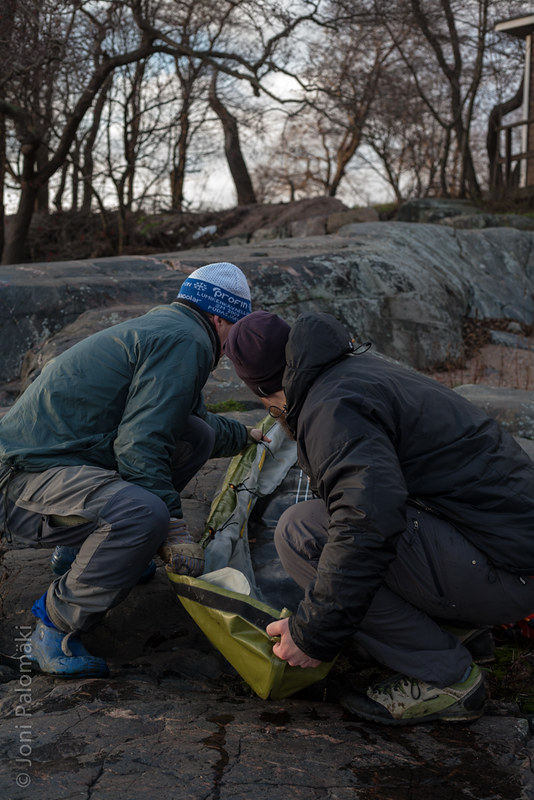 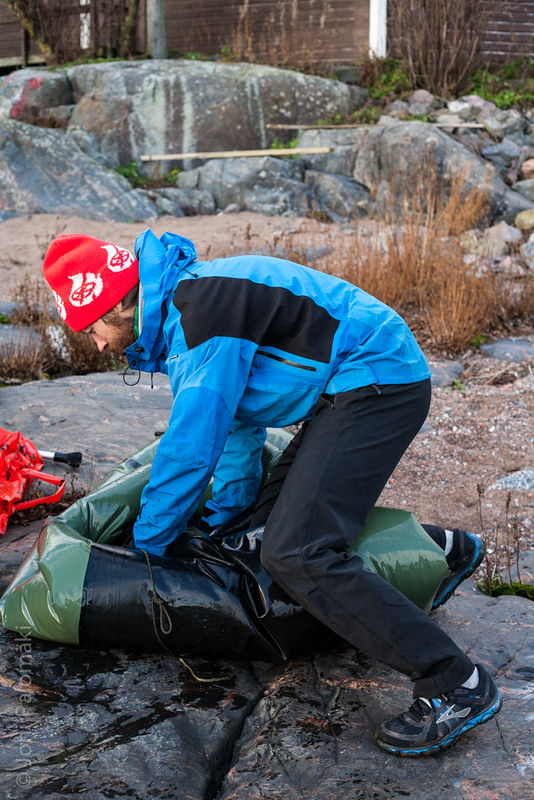 A fun little adventure hope to become a tradition of some sort - Thank you Marko, Jaakko, Nina and Alpo for making it happen! For more photos, see also Marko’s flickr album ‘Helsinki Adventure Night 2014’, and Jaakko has also written about this event in his blog.