Despite various micro four thirds and other mirrorless systems, digital single lens reflex cameras are still hugely popular also amongst consumers and prosumers, especially APS-C sized DSLRs flying off the shelves. Reasons can be debated, but for me, having stepped down from a film SLR (Canon EOS 5 at the time, with the neat eye controlled focusing) to a more or less pocketable cameras and camera systems when digital picked up, DSLR represents uncompromized control and handling (on top of suberb image quality of course). Therefore, despite the bulk and vast array of mirrorless systems (some of which I’ve tested), I’ve been drawn to it time and again. Despite my constant graving, I never bought one before last year, picking up a Canon 6D - the most affordable full frame body to date.

While 6D, coupled with some good lenses, is super, I struggled to justify the cost of the system compared to how much time it spent on the shelf. Being left behind because of the size and weight too many times, I sold it after 9 months to look into some other, more pocketable, and a lot cheaper, options. Suppressing the creeping feeling of regret, I found a good deal on Fujifilm S100s and gave it a go for a short while. I tested also the mirrorless Sony A7 briefly, through a friend, but found the handling inferior to my liking and size/weight too close to a DSLR to get interested - not to mention the steep price. Image quality was no doubt excellent, with all the full frame benefits.

After some time mostly using my iPhone and the very good Canon S100 pocketable, for the day-to-day photos, Canon 5D, the first version, hiding in plain sight, caught my attention. Released in late 2005, this first professional quality, reasonably priced (as opposed to 7000 EUR for 1D) full frame body attracted lots of professionals and prosumers alike, priced at around 3000 EUR at the time of release. 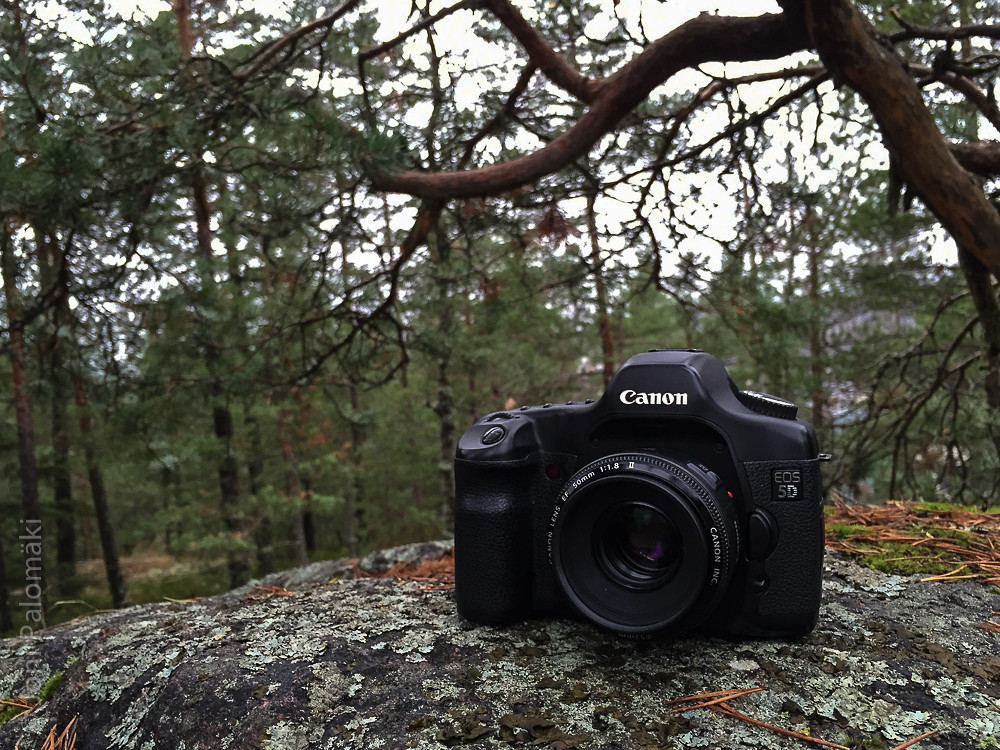 Due to the age, and subsequent releases of MKII and MKIII, the price of second-hand 5D is currently only around 500 EUR, depending on the condition and especially the shutter count, rated at 100000 by Canon. I paid 420 EUR for mine, in excellent condition, including a BG-E4 battery grip, with a modest (confirmed) shutter count just shy of 18000. A steal in my opinion, I coupled it with another classic, nifty fifty, 50mm f/1.8 mkII boasting a large aperture and great image quality, though pretty soft until stopped at 2.8, generally available around 100 EUR as new. 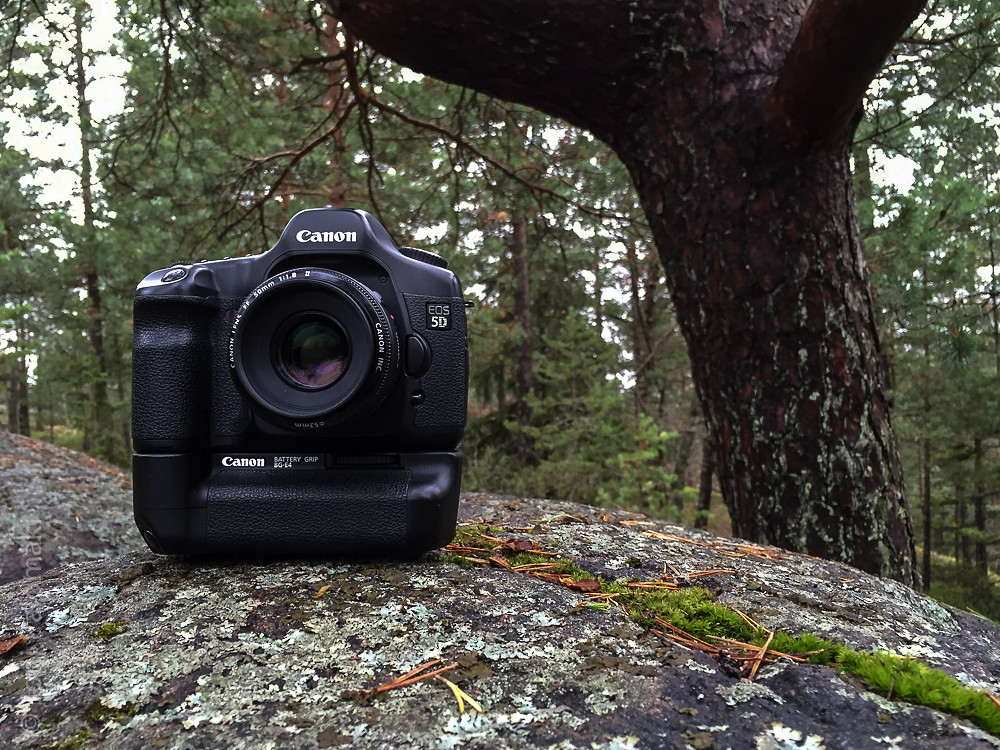 While 5D is lacking some of the useful features newer DSLR’s (and especially 5D MKII and MKIII) have, such as the automatic sensor cleaning, live view, weather protection and video, and has modest amount of megapixels in current standards, it gives a lot of bang for the buck in a solid magnesium frame. Not competitive at high ISOs (5D’s range ends at 6400, and is clean enough up to around 1600 - when for example 6D can be pushed to 12800, even 25600 with comparable results), the output from the 12.8 MP sensor is balanced with good tonality. And while already at ISO 800 noise is evident, output is still beautiful in my opinion, and many newer cameras fare a lot worse. 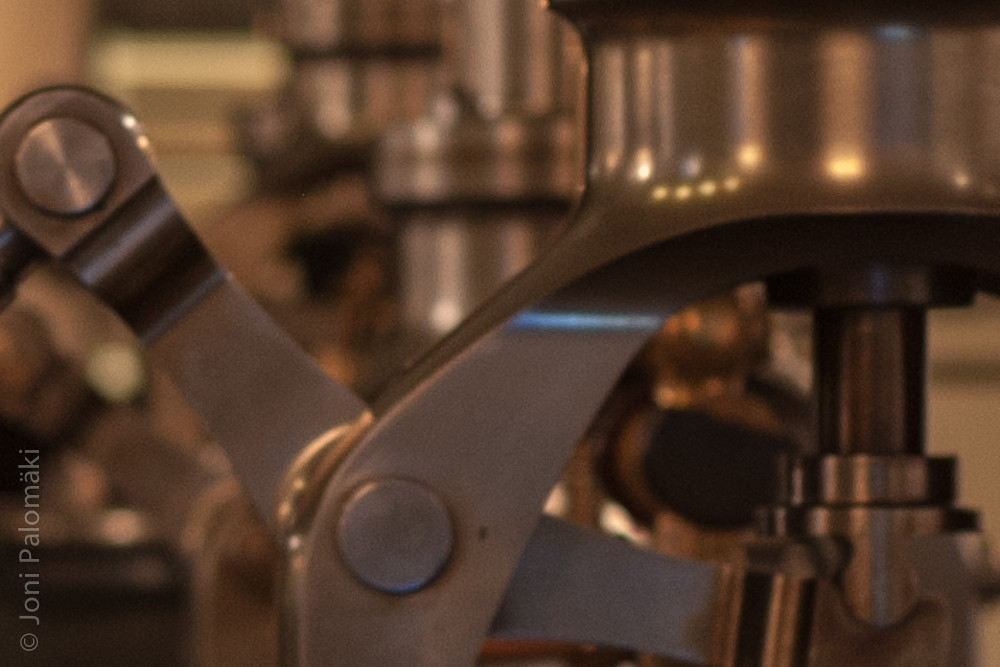 It has been great to find out that an eight year old camera can still hold its own in a digital world where next generation tends to outplay the previous one tenfold. 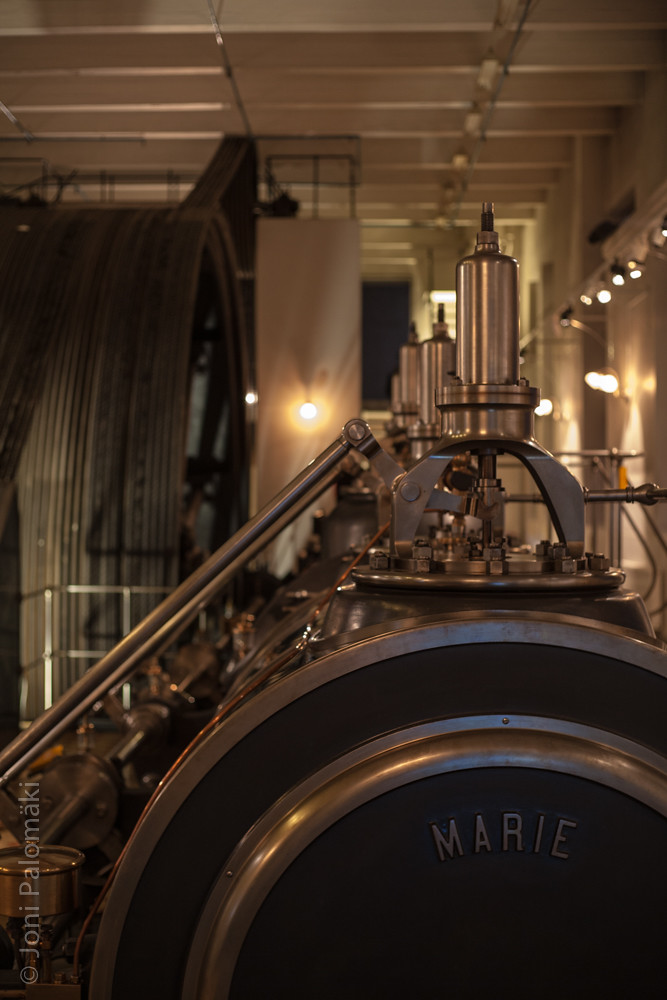 Having had it now for few weeks, I haven’t found any issues to speak off and it’s been effortless to use (as an old Canon user). But if you are considering to buy one, there are couple of known issues you might want to check. One of them is the attachment of mirror, which Canon has luckily warrantied - most of the bodies in the market should hence have it already fixed. And in any case the the problem is related to hot and humid environments only, where the mirror could, in some cases, come loose. The fix is a re-glue or additional clips on the sides of the mirror - if in doubt, drop the camera off to a service for checkup.

The other known issue is a small batch of LCD on cameras with serial number starting with 1 (made in 2006), which can have a greenish tint or cast in them, something that apparently has also been plaguing the LCDs on MK II. Also notice that there is no way to get the exact shutter count out of the camera yourself (image counter in the menu can be manually reset, and resets automatically at 10000, so cannot be used as a reference), but Canon service can pull that out for you easily. Mine is from the first batch, serial number starting with 0, and has no discoloration, though one must realize LCDs have gone a long way since 2005 - you better delete photos only when viewed at the computer.

When planning to buy one, I found for example this comparison with MK II useful for decision making, and you can find an overview and specs for example at kenrockwell.com or dpreview.com, while ephotozine.com has done some comparisons between the three 5D versions.

At the moment I have no plans to purchase more lenses as I try to keep it lean and cheap (unless some crazy deal comes around) but I had been looking for a waterproof bag and eyeballing especially the Ortlieb V-Shot. Come today, I noticed Varuste.net had 20% off on all Ortlieb bags, so jumped on it and picked up the last one from the store after work. A long time user of Ortlieb gear, I have no doubt it can take a beating and will keep the camera safe, backed up with a 5-year warranty.