With Christmas vacations typically spent around southern Ostrobothnia, from where our families are, many times we’ve been discussing to free up a few days around Christmas and/or New Year and travel across kvarken to ski in the Swedish fells. While typically we dash through bunch of friends and relatives during those days, which is great but also hectic and consuming, we welcomed a late reservation through booking.com into Hemavans Fjällcenter, a Svenska Turistföreningen (STF) facility. Once confirmed, we booked the ferry across the kvarken, from Vaasa to Umeå, nowadays operated by Wasaline. 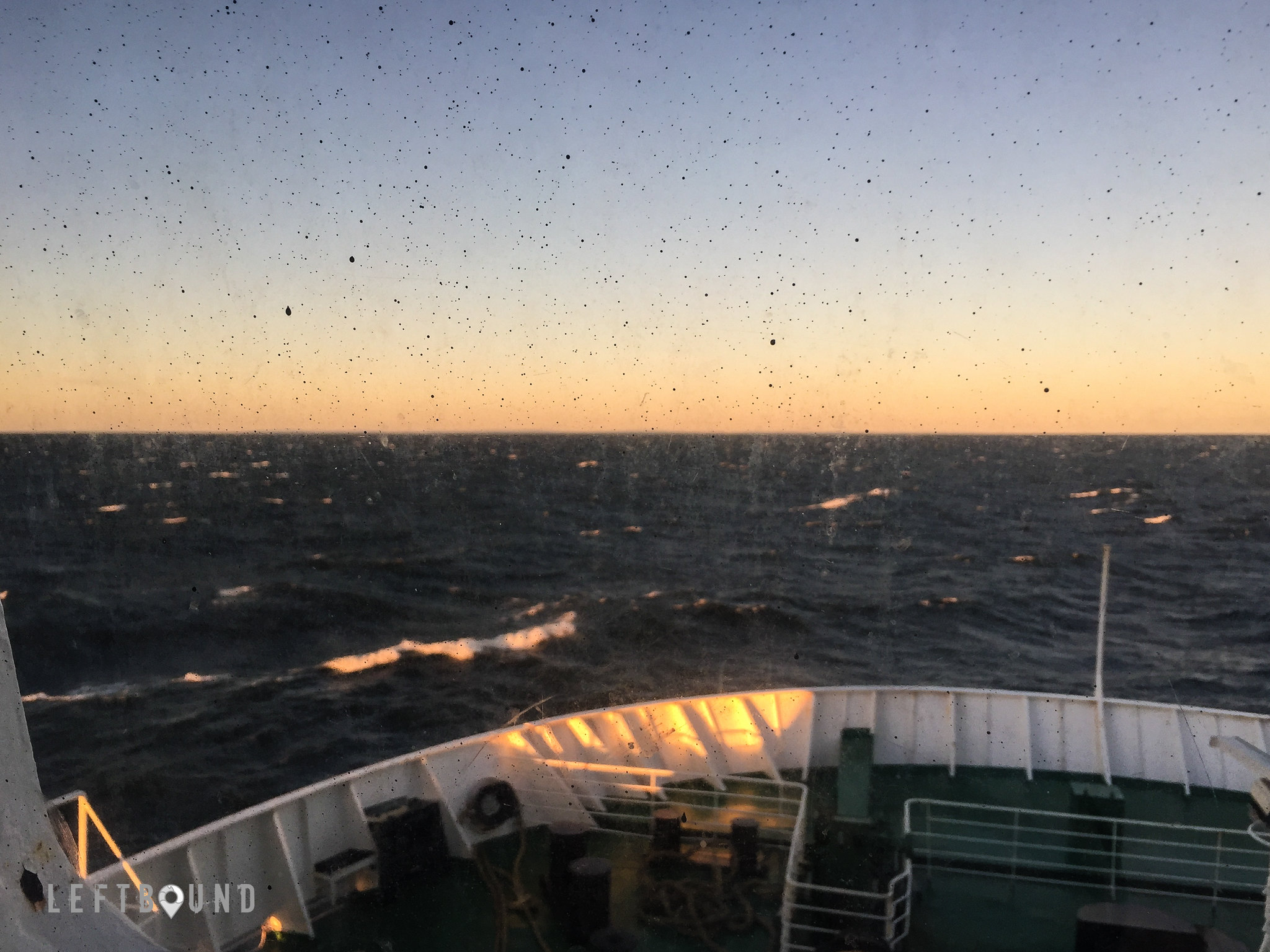 Come Boxing Day, we boarded the ferry in Vaasa, with heavy winds (around 20 meters per second) pounding the harbor. Needless to say the journey across was on rough seas, but as the distance is quite short, it took only about four hours, until we docked in Umeå.

Although the distance between Umeå and Hemavan is only about 380 kilometers, the road conditions were quite tough on our trip, with much of it being on iced up roads, which slowed us down a bit. With friction tires under the car, I didn’t want to push it, but rather arrive a bit later, but without incidents, to Hemavan. We had no rush as the skiing would only start the next day. 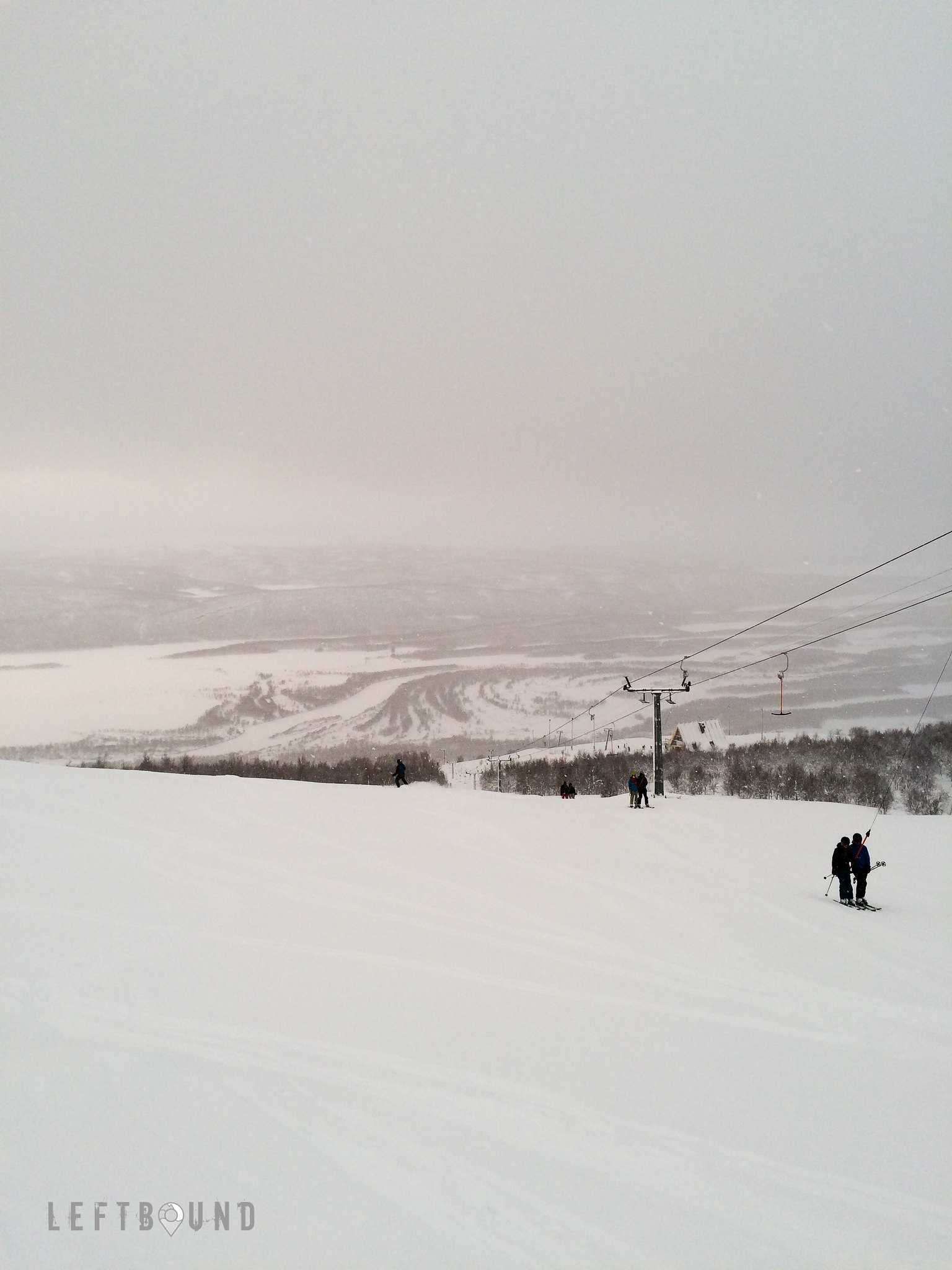 Hemavan Fjällcenter is a cozy guesthouse-like hotel/hostel, with several one-floor buildings with rooms and facilities. In addition to the hotel room we stayed in, there’s also an option for room with just beds and a faucet - toilets and showers, and kitchen, would then be shared. We originally had booked the latter option, but closer to the trip, upgraded to a hotel room with a very small fee. We ended up staying in building Renen, opposite the main building, which had been just refurbished. The only thing we would have liked to have was a dryer and a locker for skis, to stash the wet gear after the day - now we just had to fill up the bathroom. Breakfast was served in the main building and was top notch - same goes for the dinner buffé we had on our arrival night. Sadly that was the only time we could enjoy it, as it did not run during the weekdays, at this time of the year.

Fjällcenter, as it turned out, is THE place for people riding snowmobiles. Tracks start at the backdoor, and every morning there were tens and tens of snowmobiles revving the engines at the yard and hitting the extensive trail network around Hemavan-Tärnaby region. Skiers, although that week in minority, have it almost as good, with only a short walk from the Fjällcenter to the nearest lift station (Centrumliften) - no car was needed during our stay to get in and out of the slopes. 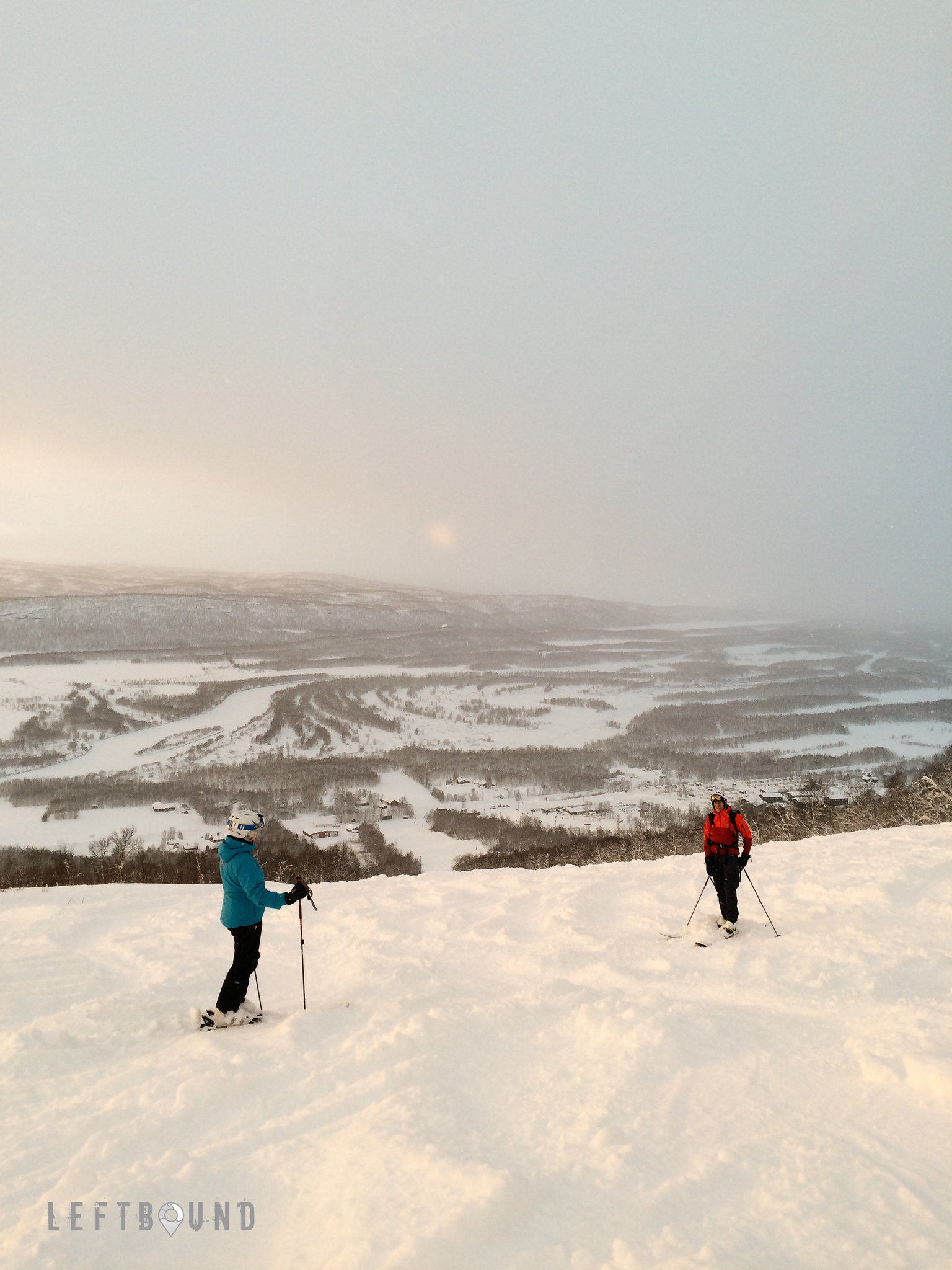 We got really lucky with the weather, despite the high winds preceding. There had been a good dump of snow couple of days before, and while during our first day the high zone (lifts) was closed due to wind, the lower zone offered superb skiing, on and off piste, with few of the closed (but roughly prepared before the snow fall) piste having a knee plus deep powder to plow all day. No crowd meant no queuing for the lifts, and virgin powder was easily found until day’s end, taking new lines each round. 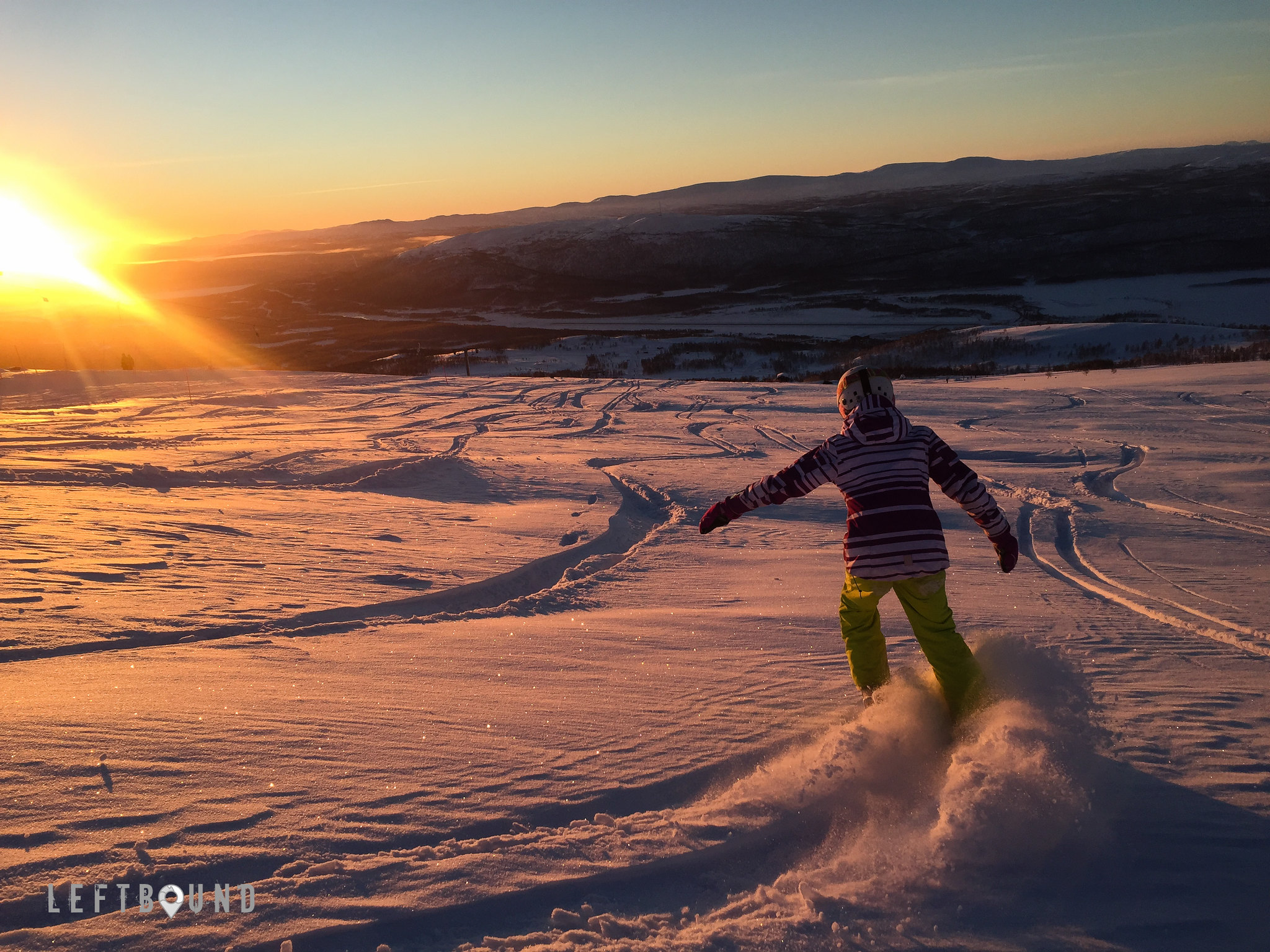 Next day the wind had calmed down up in the fells, and the high zone lifts were opened. As the high zone had been closed since the snow fall, snow was again untouched and with vast plateau above the treeline to zigzag, we did not run out of powder that day either. My daughter hadn’t really skied off piste (or powder) before this trip, but now she was going at it second day in a row, not wanting to cross the prepared piste, I think she’s hooked for good! 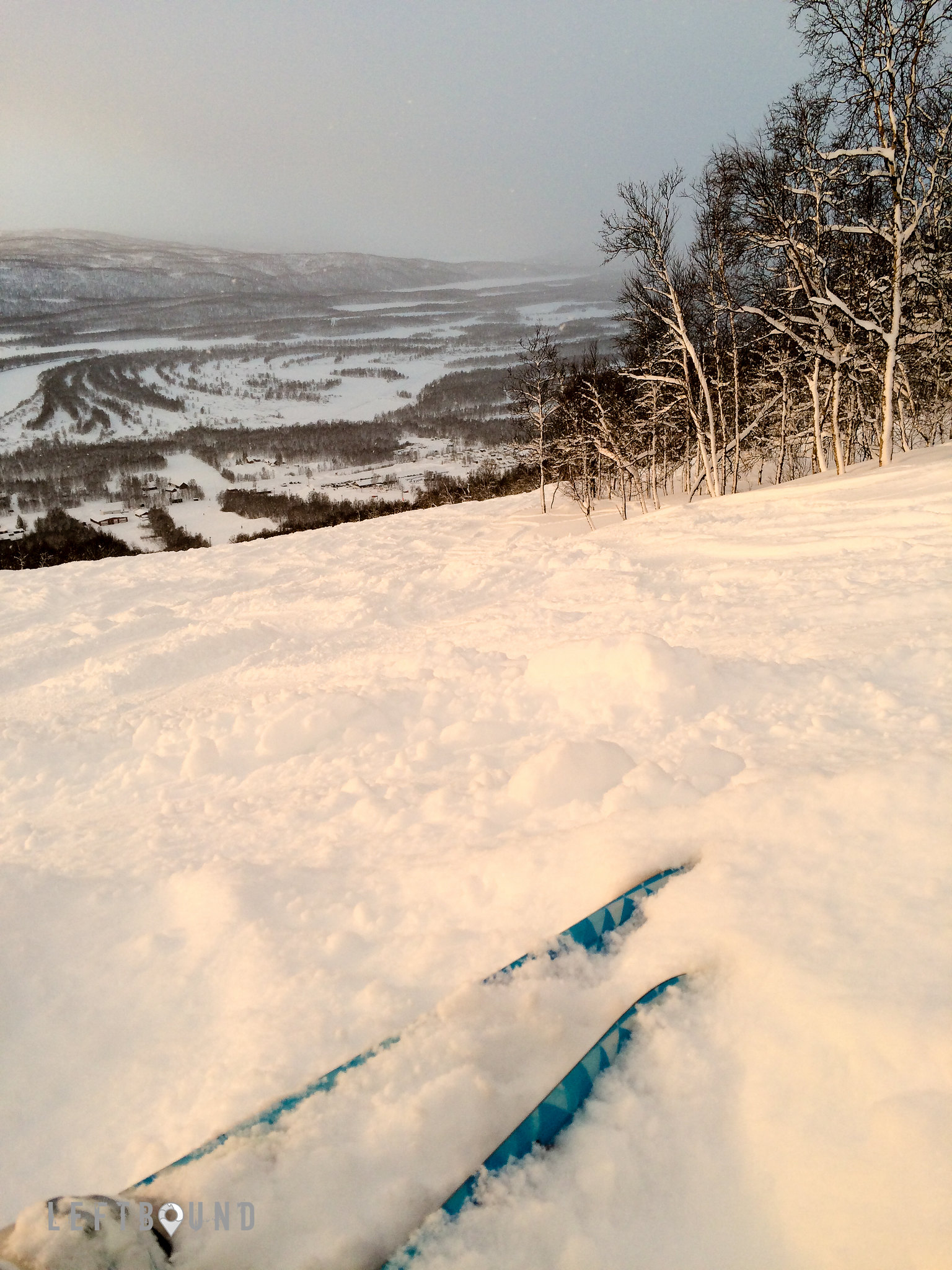 Third day, and our last day offered more of the same, but the lower zone now prepared all across, we stayed most on the high zone, finding remaining patches of untouched snow, which was still soft at the treeline and below, while it had started to pack and harden higher up. From above the treeline, traversing to skiers right, there’s very good skiing in the woods, as I learned from a local I met in the lift - snow was fluffy and plentiful also there. I had a friend who came over to Hemavan on our last day, so we had few runs together and few folköl’s in the neat new Björk restaurant, up on the fell (top of the Sollkatsliften). 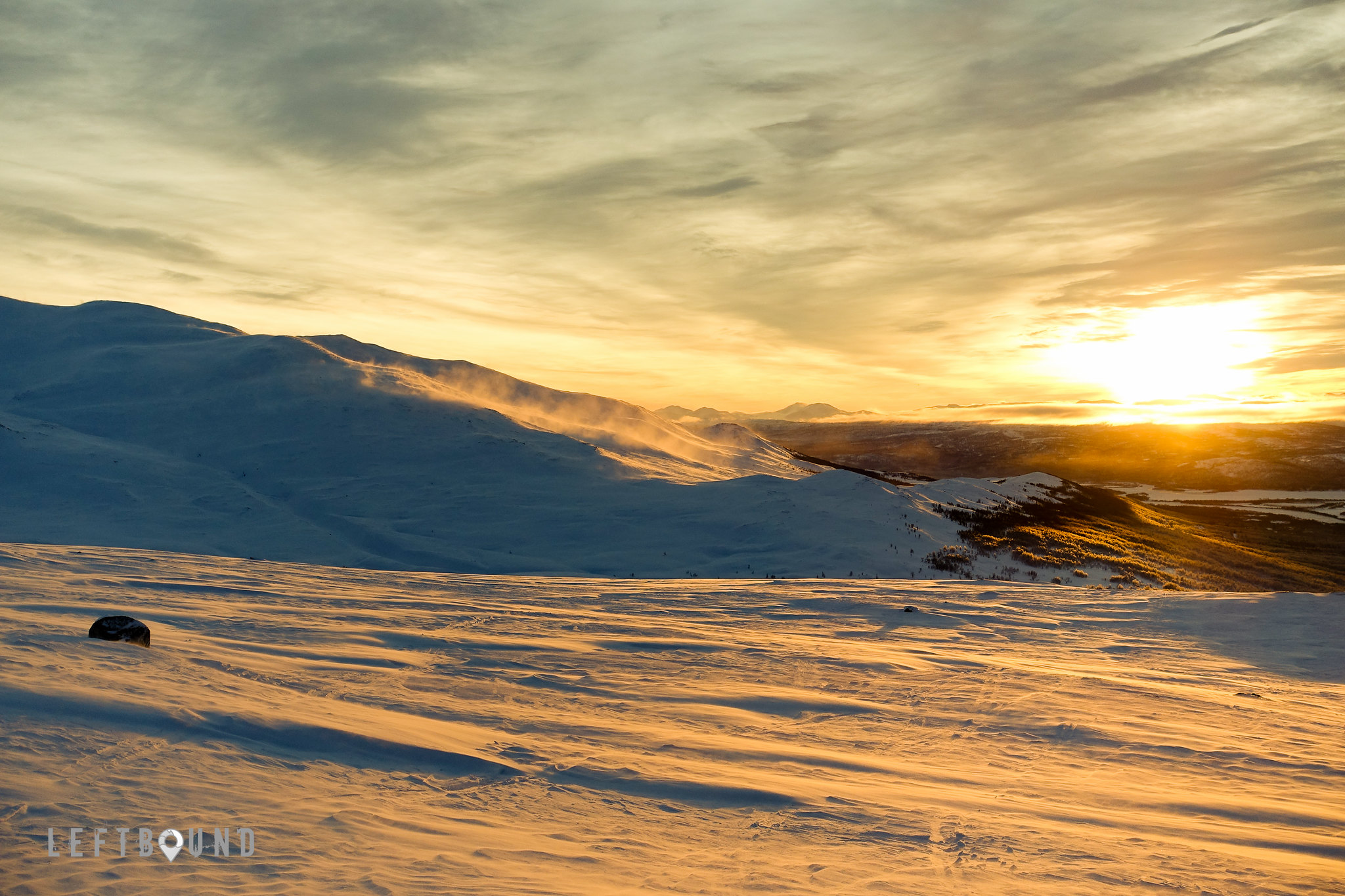 After three great days of skiing, our legs were toast, so a break from skiing was due. This time, it had also come time to end our short vacation and head back to Umeå and across the, again stormy, seas back to Finland, to celebrate New Year.

Hemavan resort did not leave much to desire, it was pretty much what we expected and wanted - Mellow slopes with easy access off piste and good skiing in general. The town, if you can call it that, is very small, a cluster of houses with a grocery store and few restaurants, some of which were surprisingly closed during our stay, and opening up only for the New Year. The days between Christmas and New Year are low key, so expect no crowd - great! Same goes for the week 8 (protip!), the winter vacation week at schools in southern Finland.

One of the additional bonuses, though only available from February onwards, is the very affordable heli-skiing, taking skiers to the nearby fells for very a reasonable fee. The booking is also made easy and practical. You call to a number, stating when you are in the area and available (non-binding), and you will be notified when a group is formed and conditions allow to fly, typically the previous day. As we all liked the place a lot, we’ll certainly be back, and hopefully then will be able to give a try that heli-skiing as well!

Sometimes it’s good to leave the camera behind and simply enjoy the views, rather than trying to make digital copies of them. This trip was one of such for me, and I barely pulled out the camera to grab a photo. Photos featured in this post are hence mostly from my daughter’s iPhone.