For the last three winters in a row, our family’s winter vacation (school’s out for week 8) has taken us to Åre, in Jämtland. Main reason we have been lately opting to go to Sweden, instead of heading up north in Finland, is the ease of travel, requiring lot less driving. Each time we’ve driven there, a small town called Järvsö has been passed, just before Ljusdal, and each time we’ve wondered out loud, what kind of resort that would be. 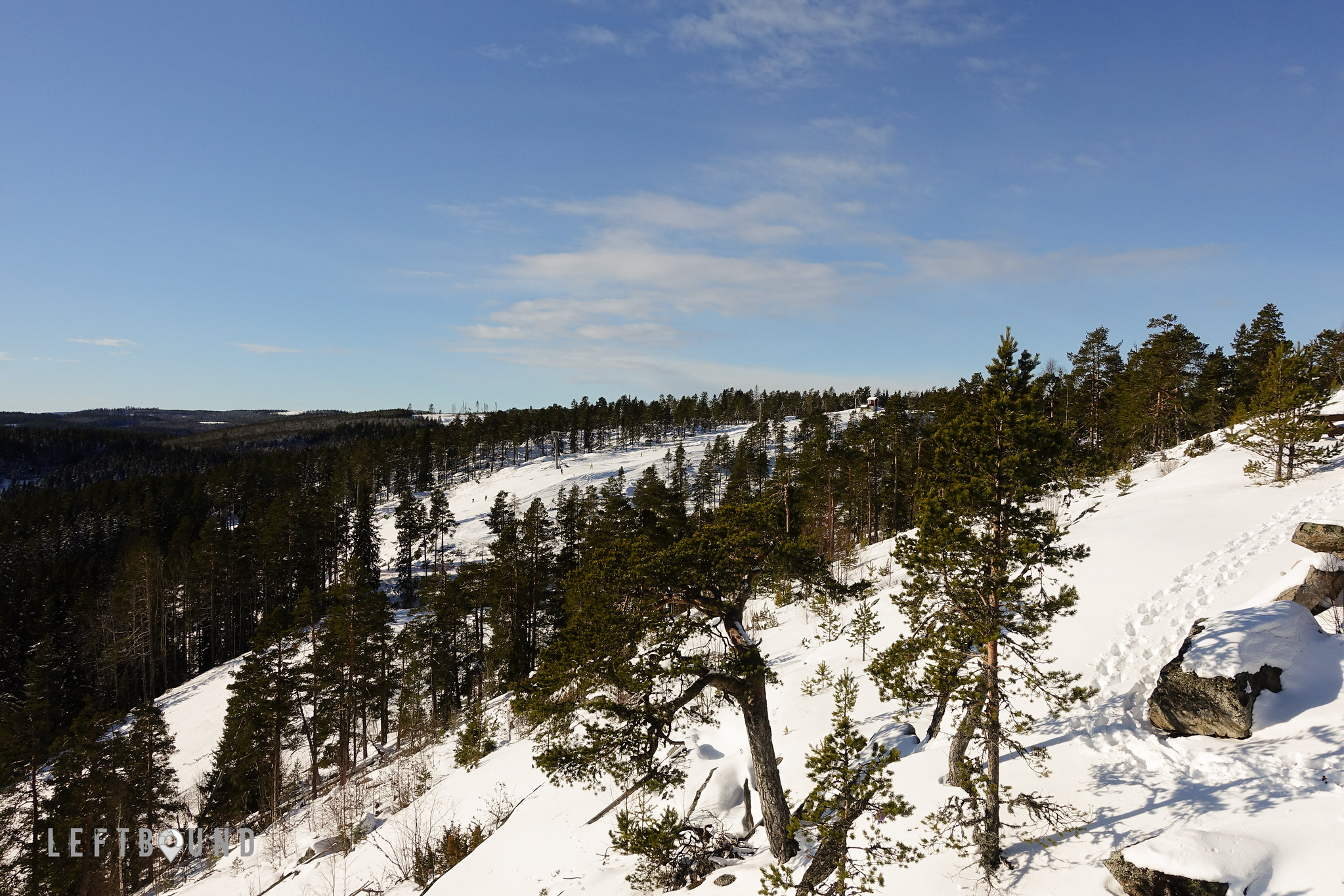 Come this spring, we recalled Järvsö and after checking it online and learning there was a new ski-in/ski-out hotel, Bergshotellet, built during 2015 and now open for the first season - we quickly deciced to skip Åre this year, and go finally check this place out. This year we had also other commitments for the vacation days, so similar to our Hemavan trip at the end of the year, we decided three full skiing days would do. A familiar route, we chose again to cross the Baltic Sea on Tallink Silja ferries, this time Silja Symphony, which had a nice new sushi restaurant, Sushi & Co. There are always shows on these boats, typically 2-3 during the evening (aerobatics, music, dancing and whatnot), but this time there was a bonus gig, as one of the coveted pop artists in Finland at the moment, Antti Tuisku, was starting a two-week tour on the boat, and we got to see the first one. Not my kind of music, I must say, but live performances are always fun to watch, with the rest of the crowd. 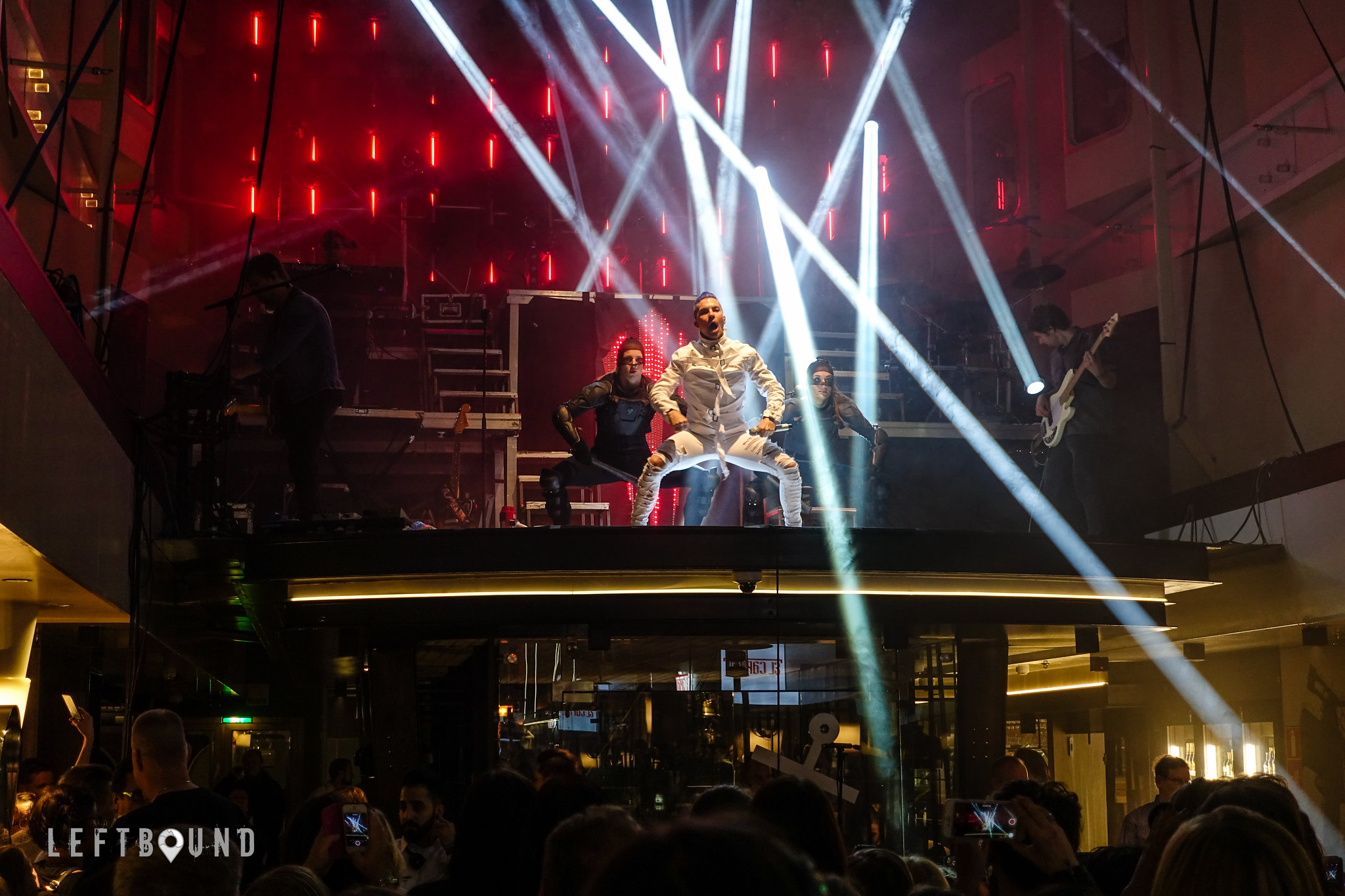 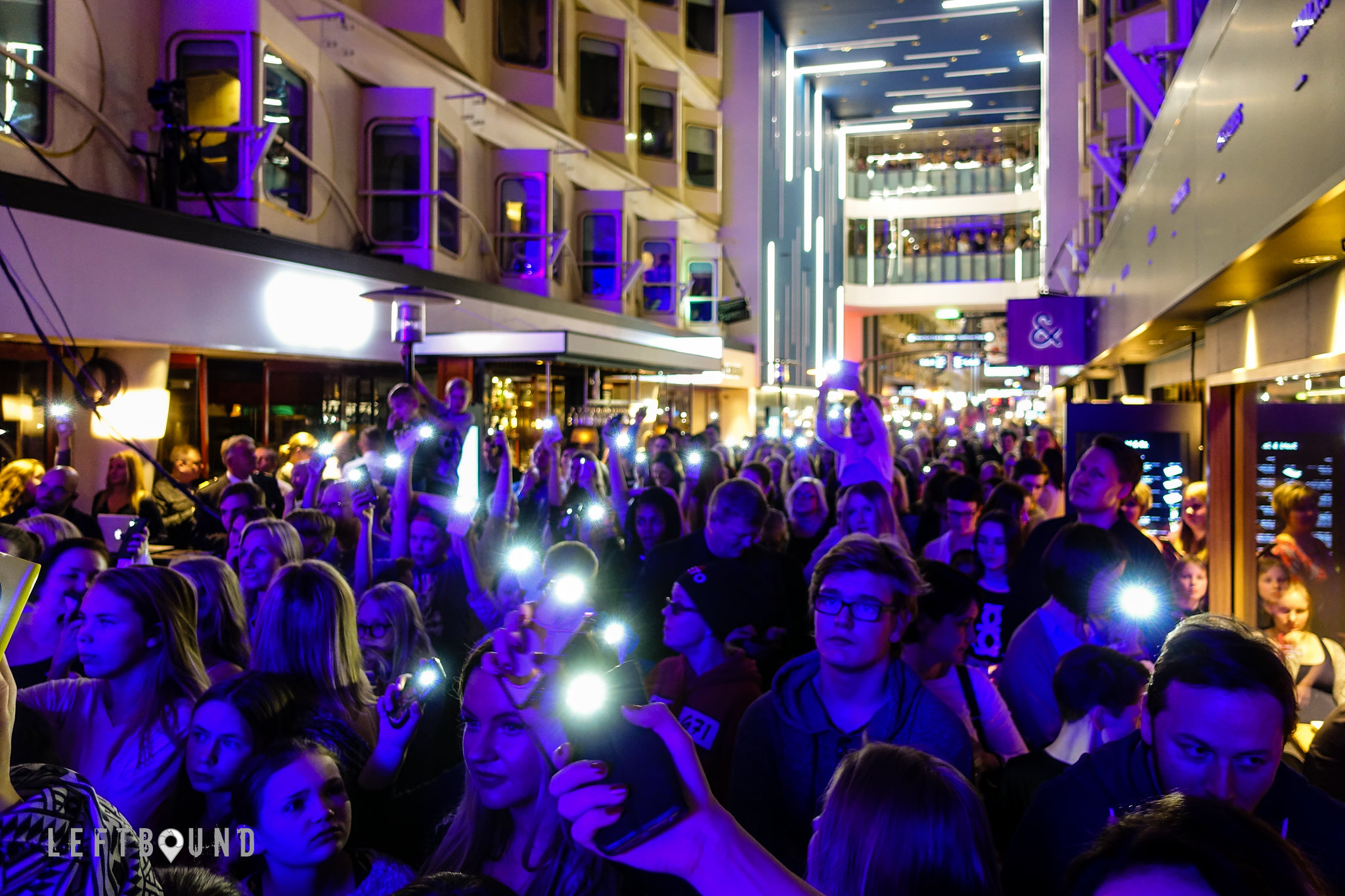 Arriving to Stockholm next morning and only about 320 kilometers to drive to Järvsö, we spent few ours roaming the city, and started towards Järvsö early afternoon. We quickly arrived to Tönnebro on E4 and diverted inlands towards Ljusdal, reaching our destination only after four hours of driving. 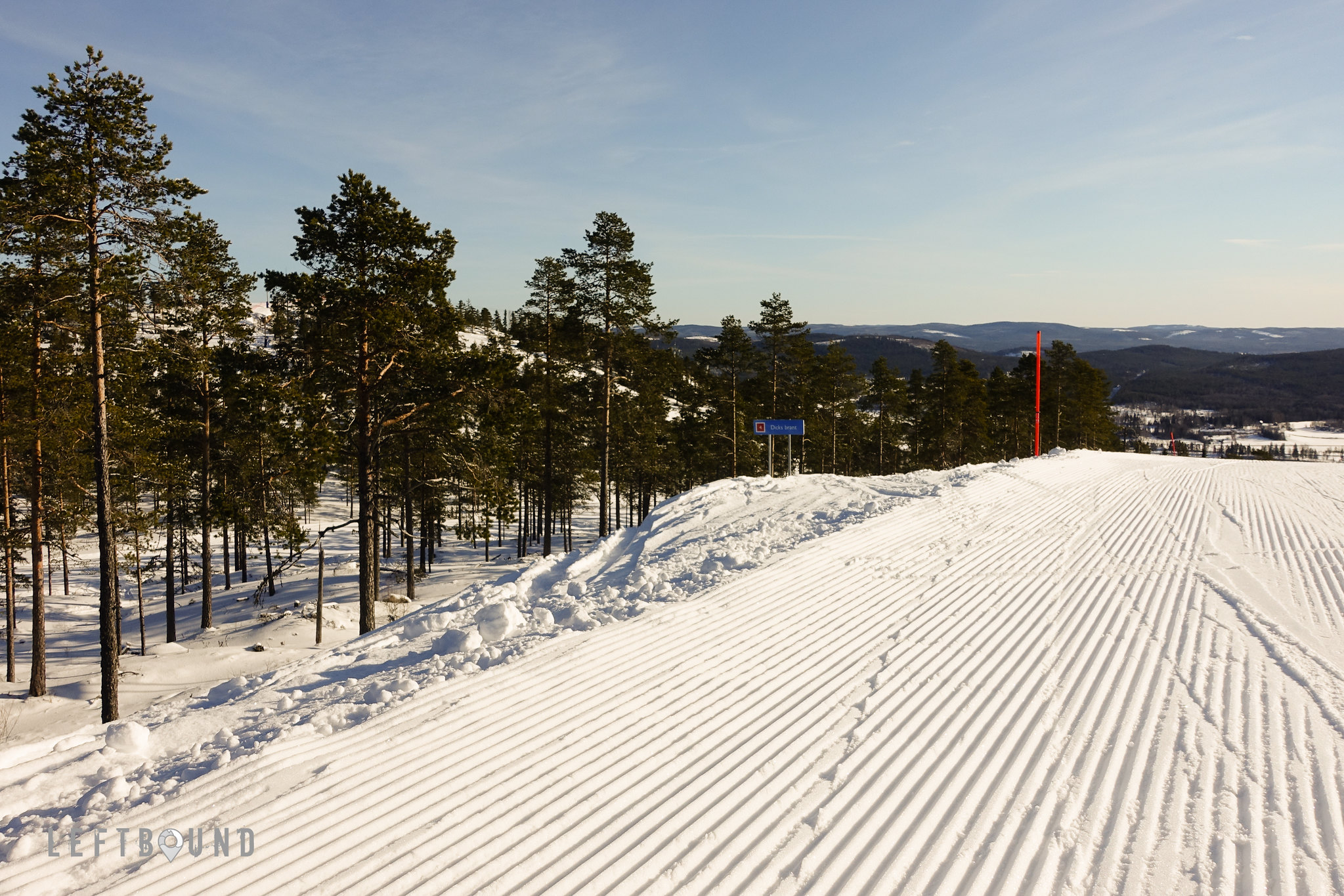 Arriving at the hotel late in the evening, we had a dinner at the Bergskrogen, to not have to go searching for a restaurant downtown. And as the restaurant turned out to be very good, we dined there again (they also have a great lunch buffé), and naturally had breakfast there every morning. Everything brand new, lots of wood was used as building material, and for decoration and furniture. Following a kind of eco-friendly approach, the restaurant for example sources much of the incredients locally, makes their own bread, and so on. It was a fantastic place to stay in, must say! 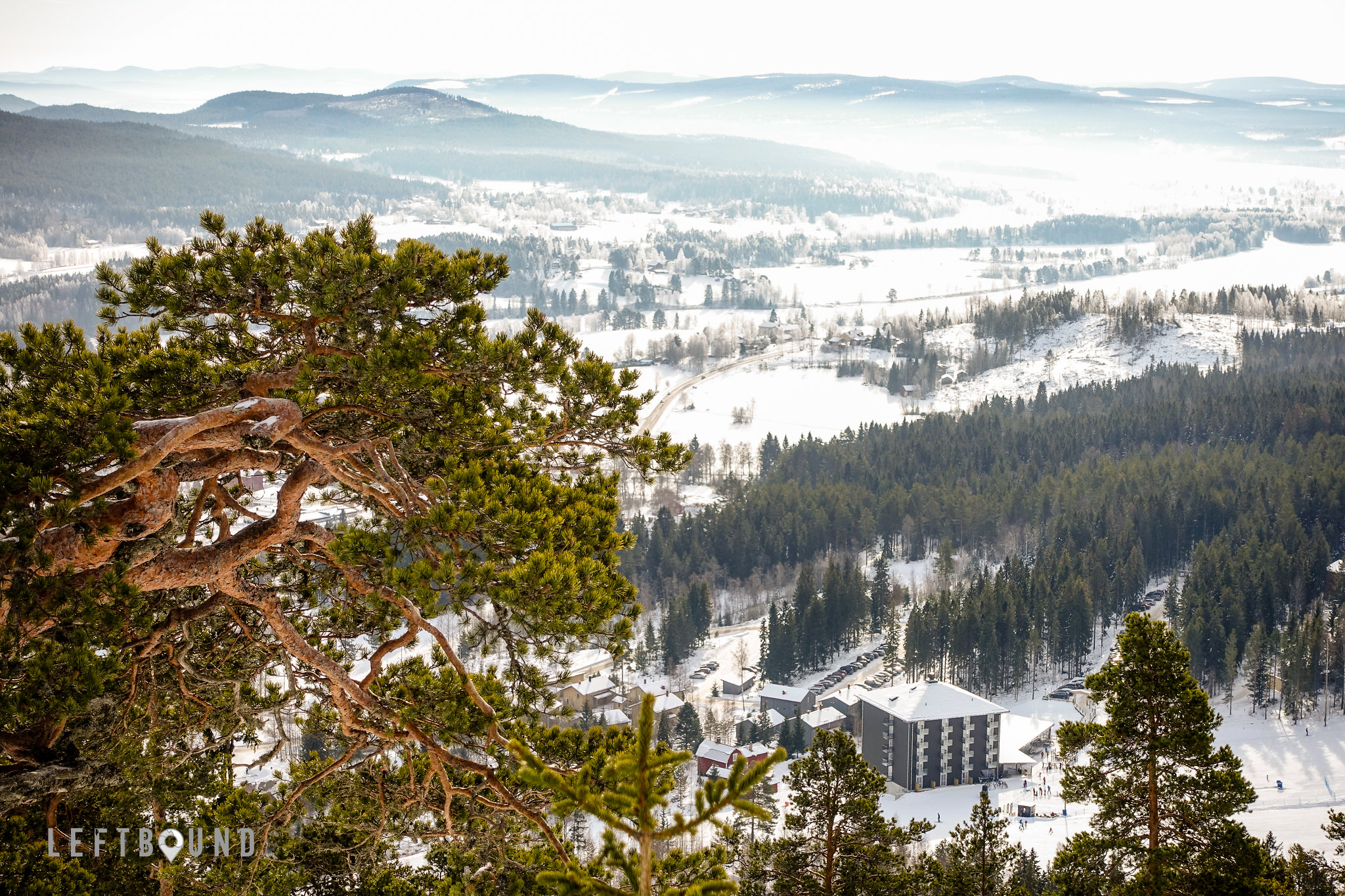 A ski-in/ski-out hotel, we had a kids slope, and a platter lift, just in front of the hotel, with a conveyor-belt style skilift also for the small sledding hill on the side (with small snow scoots to borrow at the hotel). And a nice movable stall serving fresh crepés and beverages. 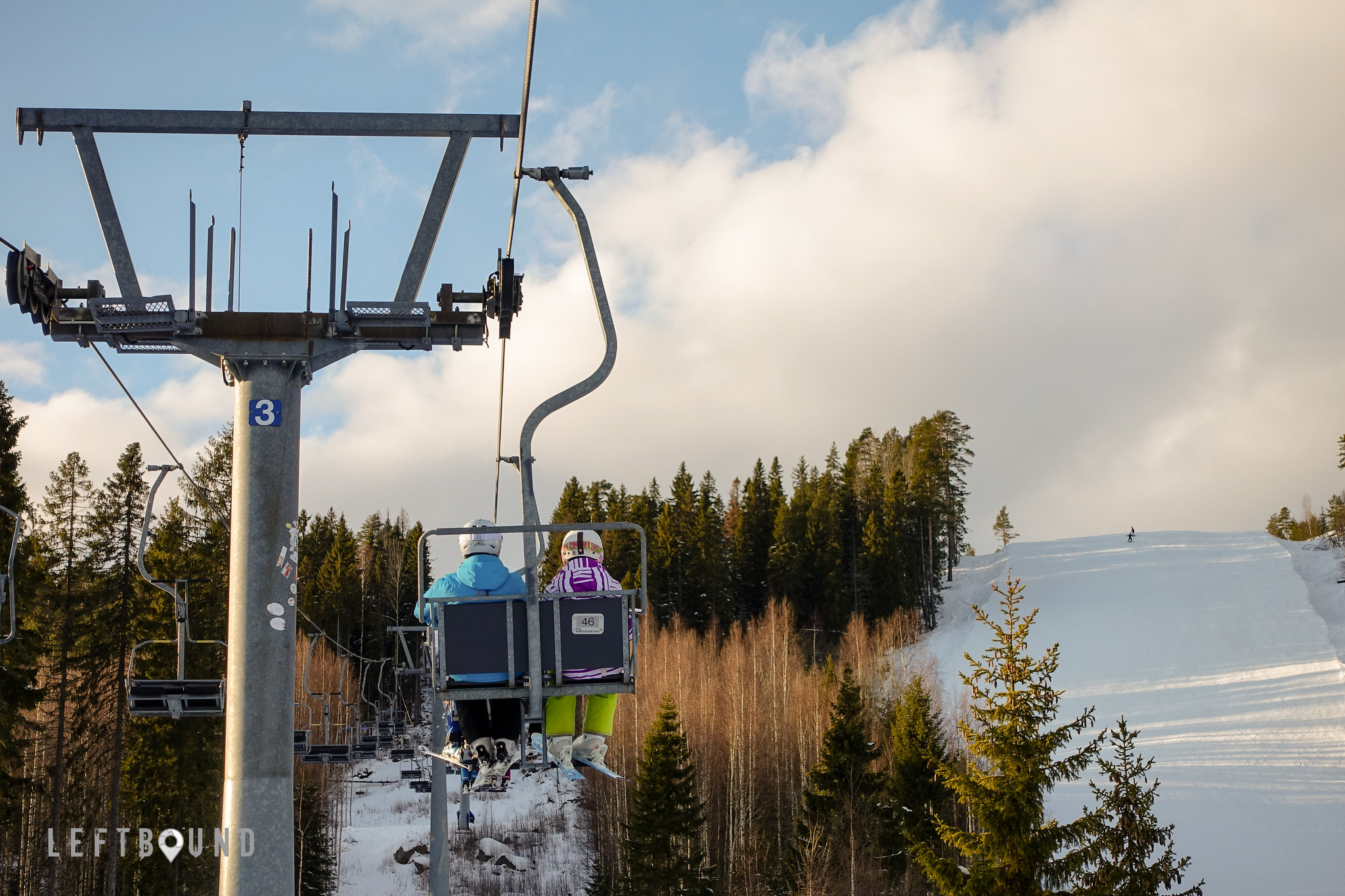 Järvsö ski resort has two sides - south side, where the hotel is at, and north, where majority of the slopes are. As the resort is not very big, all slopes are accessible from either side, connected on the top, at 3700 decimeters over the sea, as they playfully state on the top lift station. Resort puts a lot of effort into maintaining the piste, and all the slopes are prepared each day, as they close at 16:30 (except on Tuesday and Thursday, when there’s night skiing on the north side from 18:00 to 20:30). During our stay, the slopes were all in excellent condition, and while there is no real off piste to speak of (some forest trails and bike paths to run, but there wasn’t that much snow and terrain is thick and rocky), we had a blast skiing in the sun for all three days. Especially the slopes number 12, 13 and 15 were our favorites, as well as number 3 on the south side. 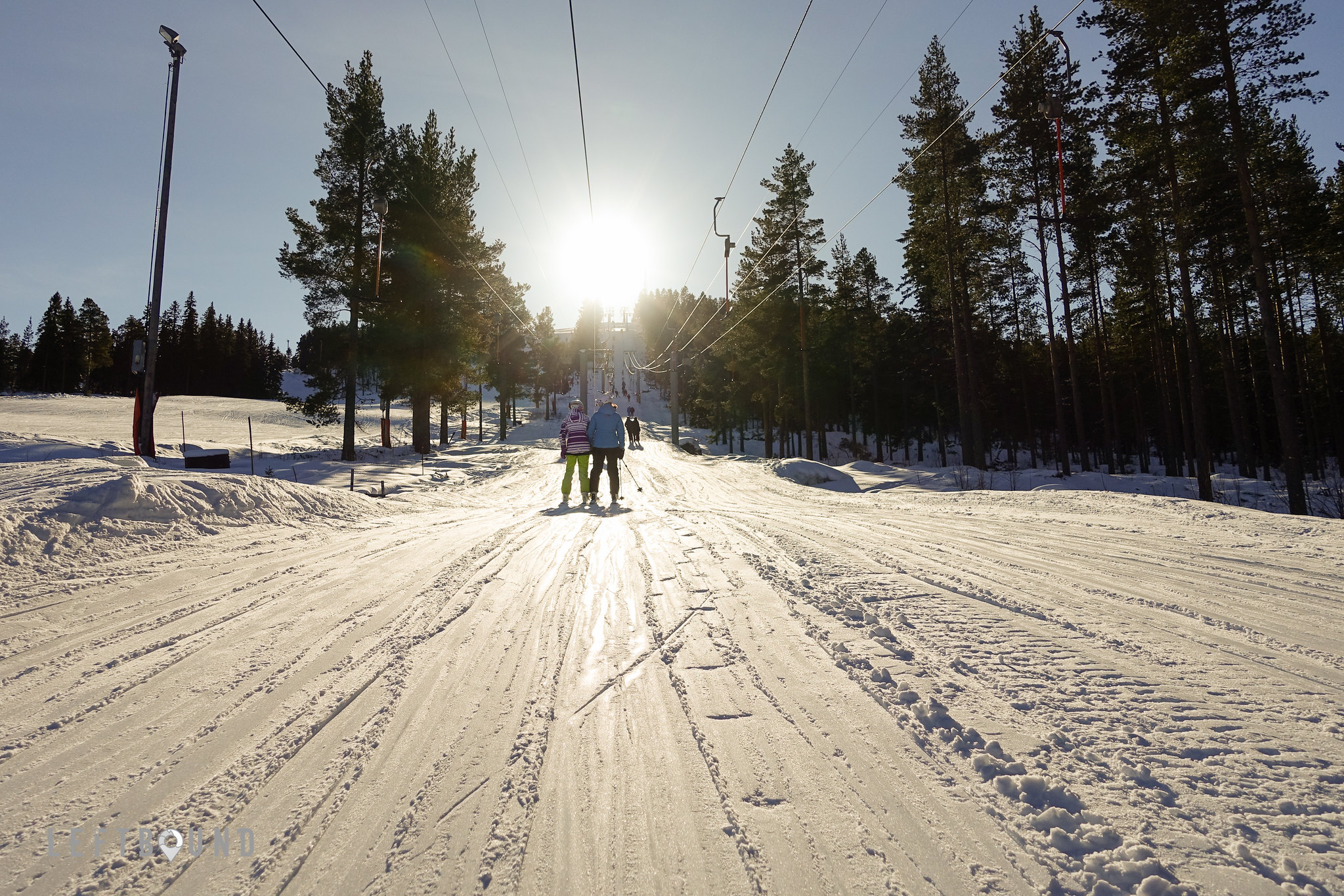 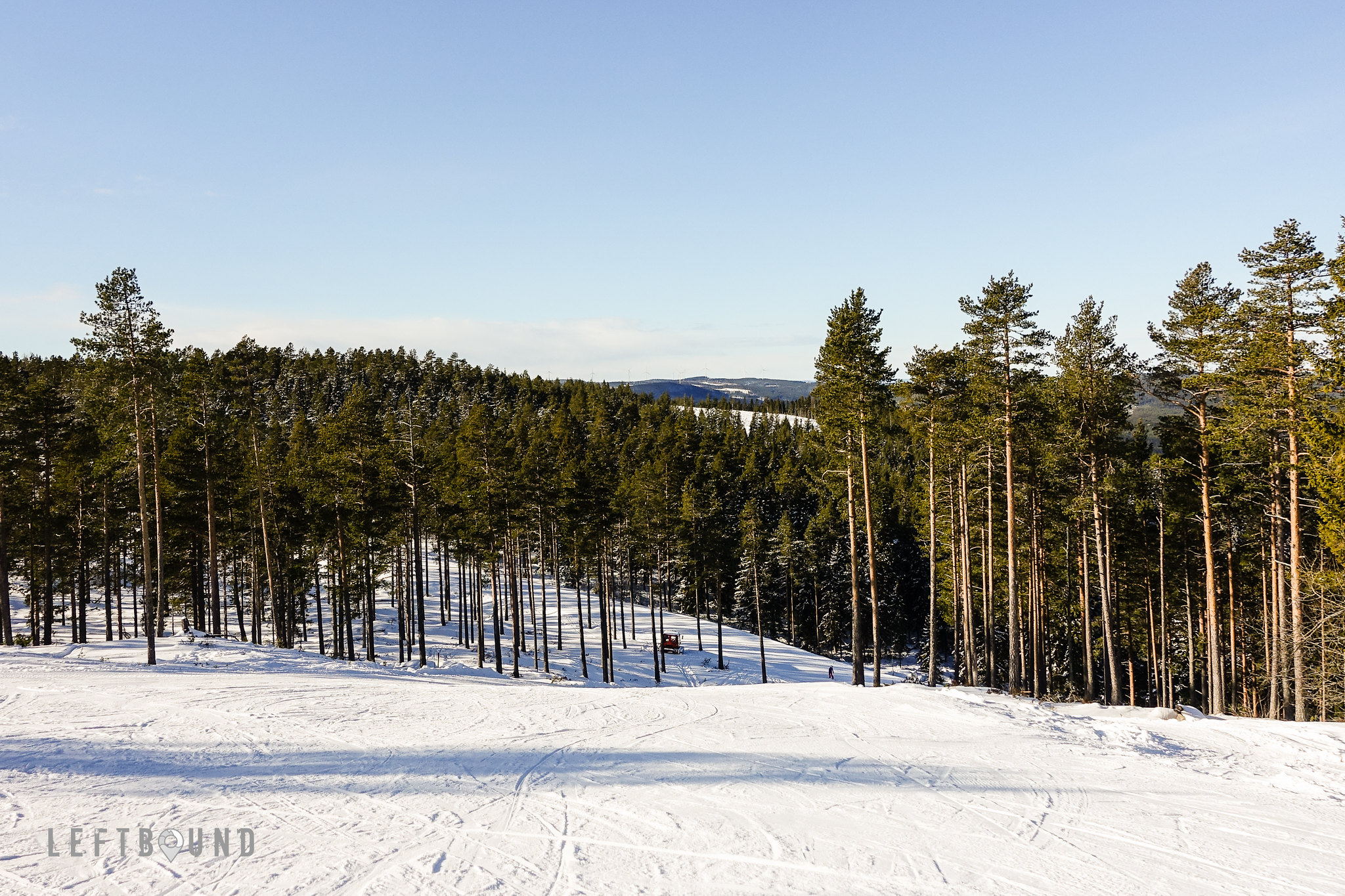 In the area, just behind the hotel, there is also a zoo, Järvzoo. In there, built on the slopes just next to the piste, a range of Nordic animals can be viewed in their natural environment (considering it’s still a zoo). A wooden walkway leads through it (accessible also by wheelchair), forming a loop roughly 3 kilometers in length. While the zoo is open only until 15:00 during winter season, one can enter just before that, and spend as long as needed inside - this is also what we did, as we first had a day’s worth of skiing bagged, and then entered the zoo just before closing time. 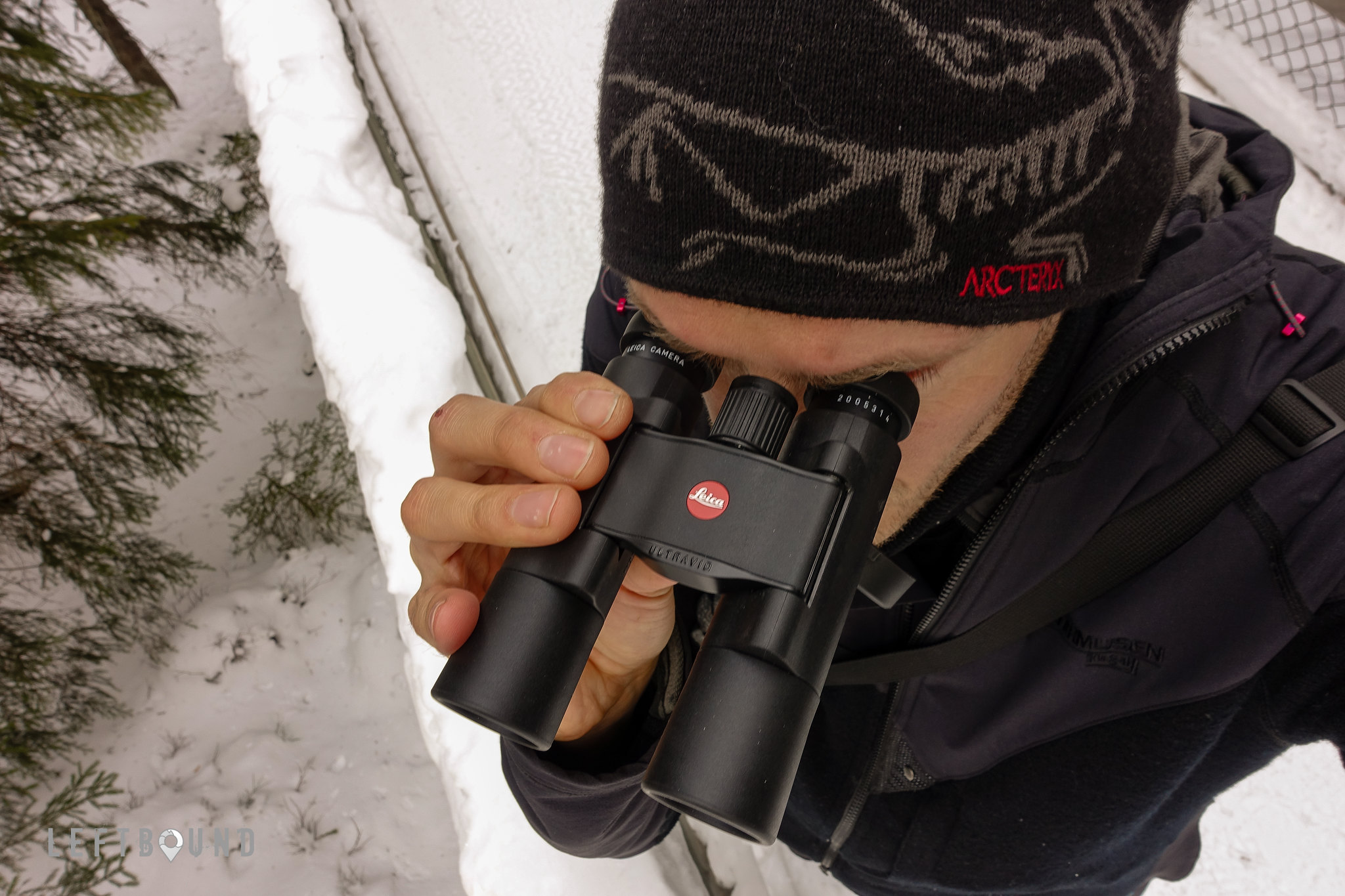 I hoped to get a glimpse of were wolves, wolverines and lynxes, and got plenty of good views of all but the last, as lynxes could not be found in the plain daylight. I recommend bringing binoculars, as the encloses are relatively large (which is good), so you will get better views with them. I tried to take a few photos through my Leica Ultravid 8X25 binoculars, but could not really get them sharp, handheld and not attached together in any way. 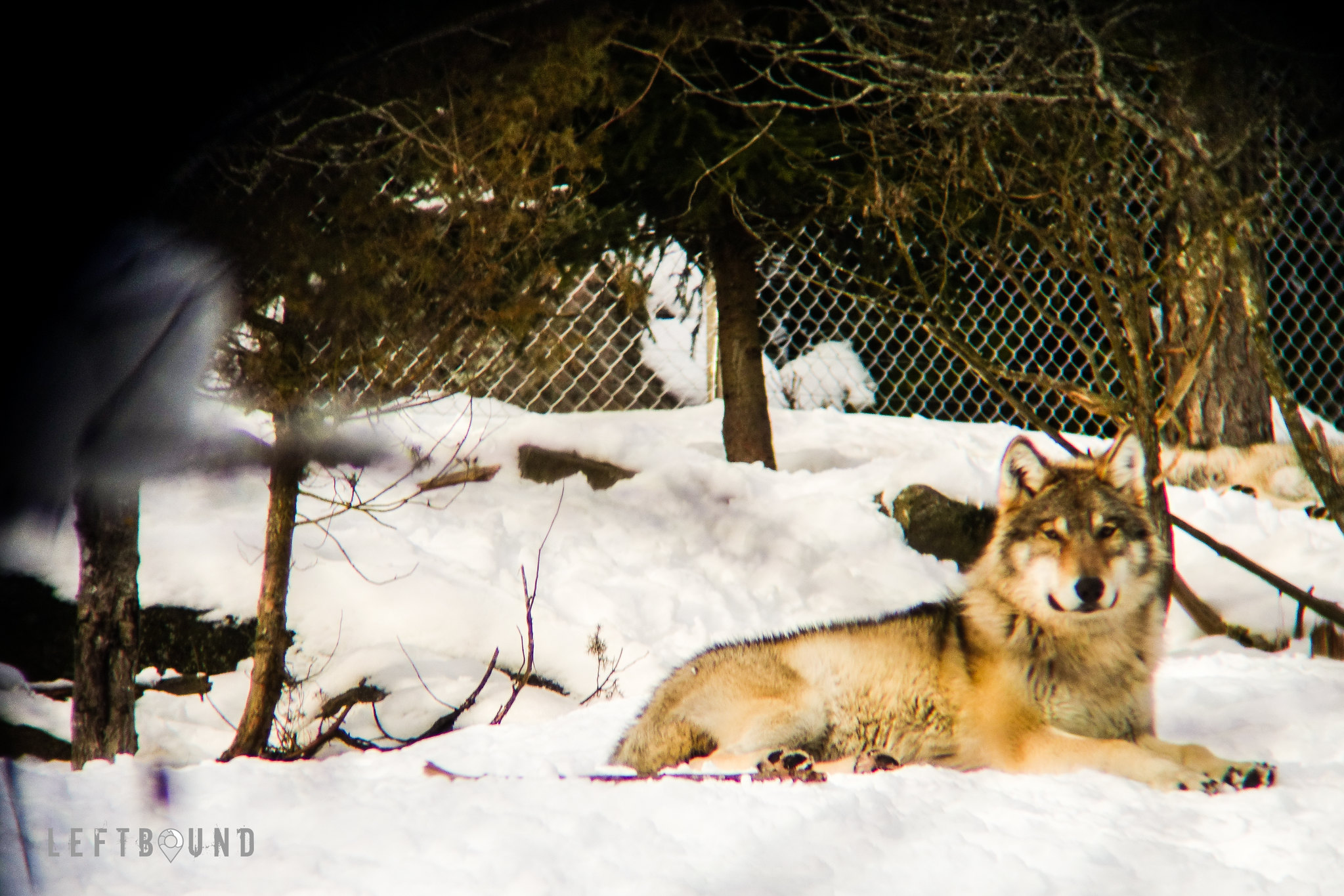 While it was nice to see those animals live, especially wolves which I followed for a long time, the really nice surprise came in the evening. It was thursday, so the north side had the night skiing ongoing. Rather than taking the free bus transfer to the other side, I opted to skin up in the dark, and ski a few laps on the illuminated slopes on the other side, before skiing back down to the hotel from the top, equipped with a headlamp. 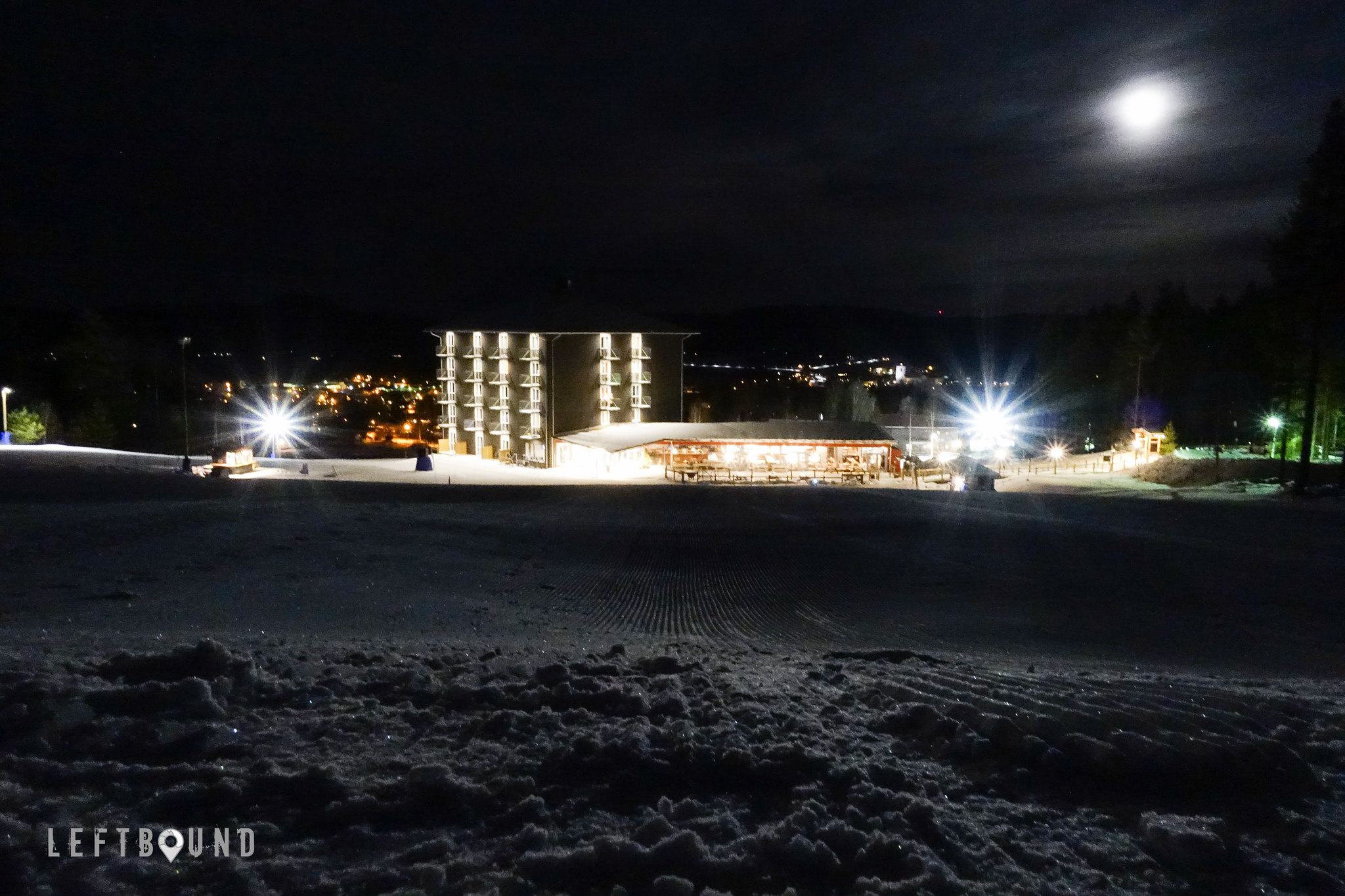 Skinning up, I could listen the owls calling in the dark - there were several types of owls in the zoo, I think what I heard was the long-eared owl. Then, stopping to view the surroundings under the full moon, I saw a wolf emerging from the woods behind and downhill of me, and lope across the piste, to disappear into the woods again. This was the first time I’ve seen a wolf run free, and though I had just been viewing a pack of them inside the zoo, it was a cool bonus for the evening’s little ski tour! 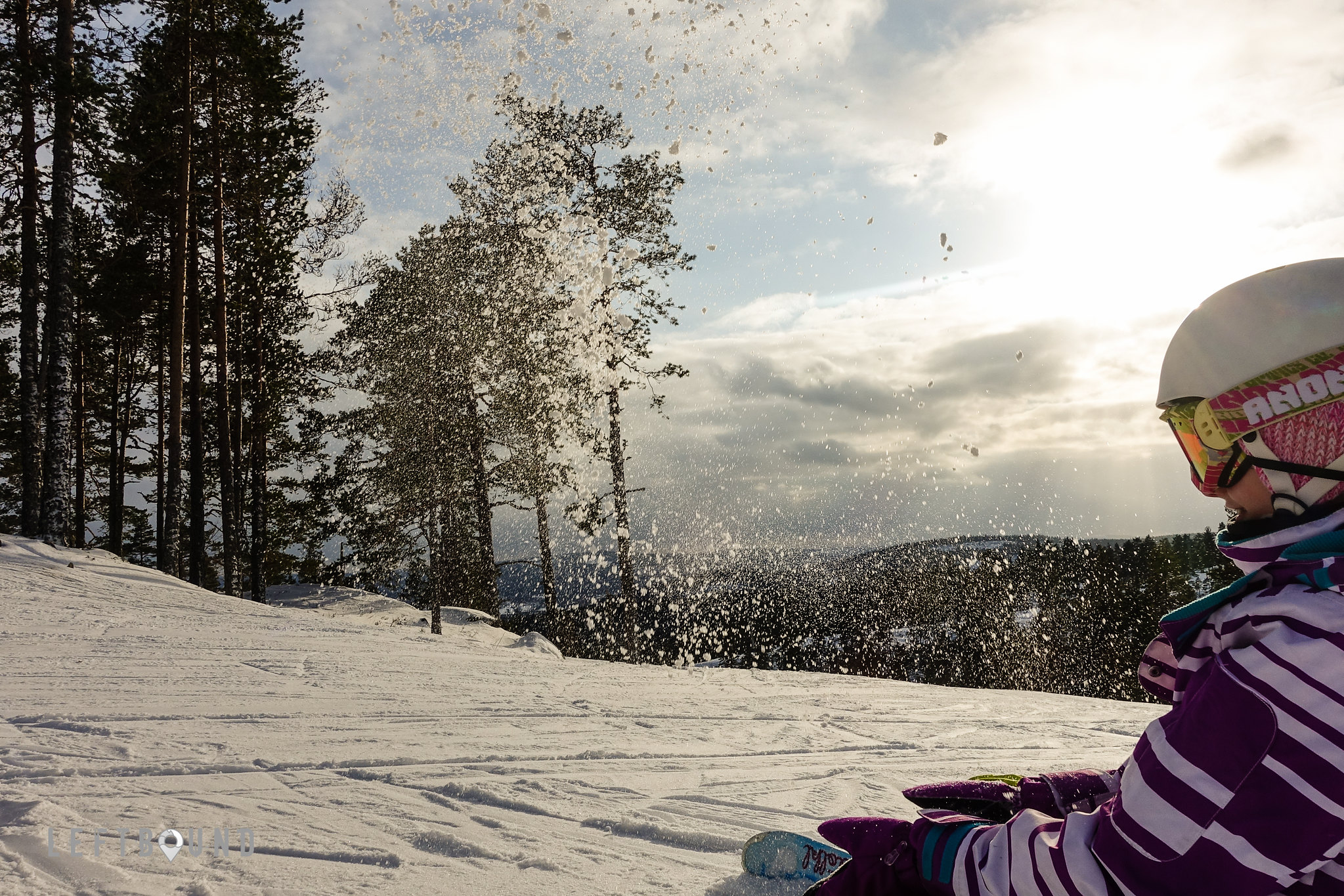 On the morning of departure, I used the last opportunity to get some more mileage on skins, and did another ‘topptur’ after breakfast, skinning up the long meandering blue piste and across the forest, to the top, for the very last run. During our stay I had only seen few other people on telemark skis, and now me ski touring there on such gear in bright daylight triggered a few smiles and thumbs up on the way up. A perfect ending for a nice vacation, glad we chose Järvsö as our destination, let’s see if we’ll make another visit (or a stop) here sometime. I can warmly recommend this resort, and the hotel, especially if you travel with kids, even very small ones. Outside the Bergskrogen, there’re several other good restaurants to go to - check especially the cozy Condis Bar & Kök. And lots of cottages as well! Note though that Järvsö is often fully booked, also why the new hotel was welcomed to the area, so book on time.