This weekend I was supposed to join a few paddlers to explore the Härkälänjoki river, which would have also been the season’s opening for me. But unexpected duties called and I had to bail out at the last minute. Others went, read about the wallow'y paddle in Janne’s blog (in Finnish).

Vexed, spending most of Saturday indoors (weather was pretty miserable, so not a huge loss though), come Sunday I packed the bike and hit the road. Decided against paddling, traditional season’s opening in Espoonjoki river can wait, I rode to Kirkkonummi to cycle around lake Meiko. 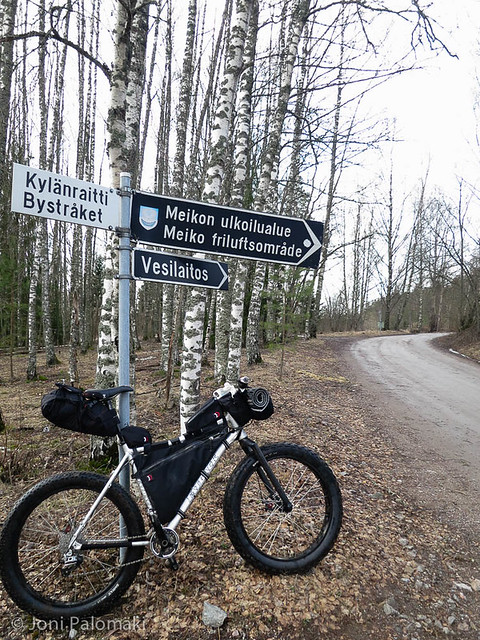 Meiko is a nice wilderness area and, being just some 20 kilometers away, one of my regular destinations, be it for hiking, paddling or cycling. Despite visiting the area many times, many of the trails covered, I had never completed a full roundtrip around the meandering lake. I knew that the south side of the lake would be rather technical and tricky to cycle, and my bike loaded up with some bare essentials for a day out, I expected to push the bike quite a bit. 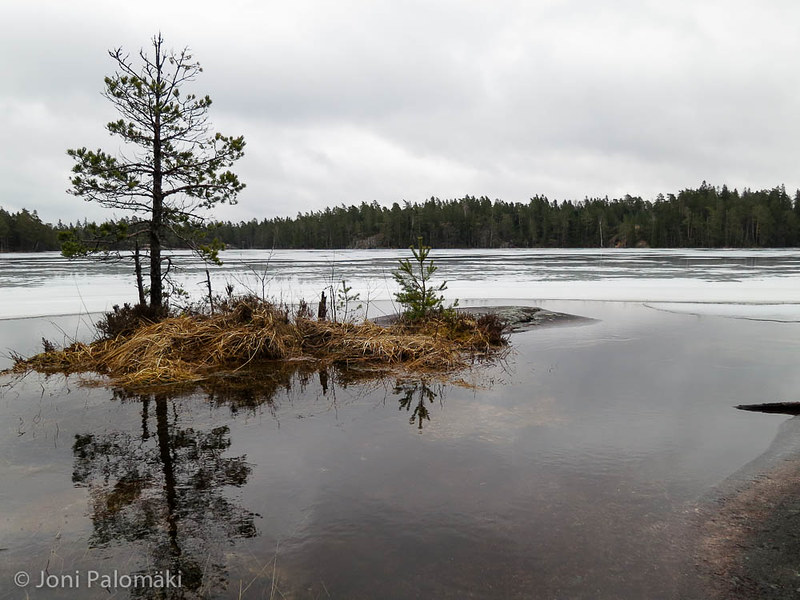 Once I arrived to the outdoor area, I headed to the Korsolampi fireplace to collect some sticks and twigs for my Bushbuddy. 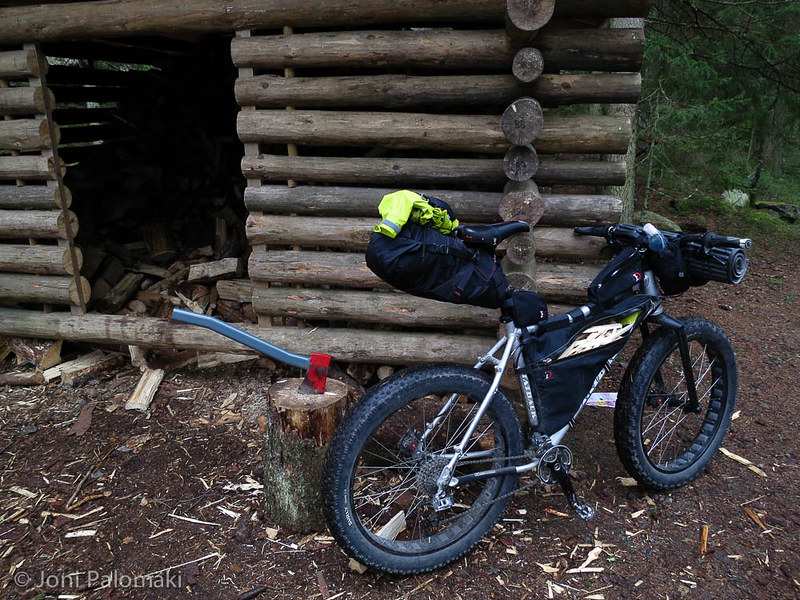 I circled the lake clockwise, and as it turned out, the trail, mostly following the shoreline, was not overly difficult. At the end of the day I estimated that I probably rode about 90 percent of it. Some pushing and pulling, and lifting the bike over random obstacles such as fallen trees was perfectly acceptable. 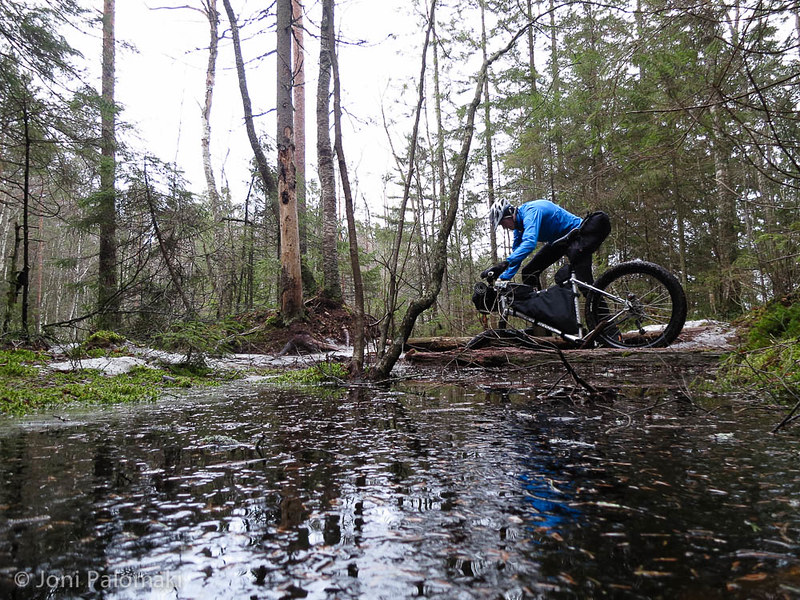 I enjoyed a long lunch on top of a cliff on the south side of the lake, with a view, and despite the gloomy skies not a drop of rain fell, and even sun peeped out when I was cycling back home. Yet another fun day out in Meiko, maybe next time the ice will all be gone, and it’s time to pull out the packraft and start catching some fish! 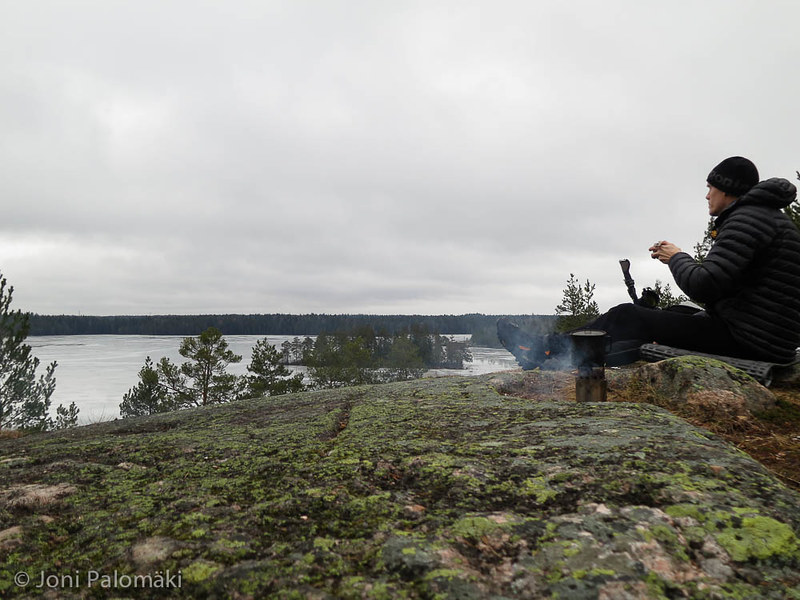 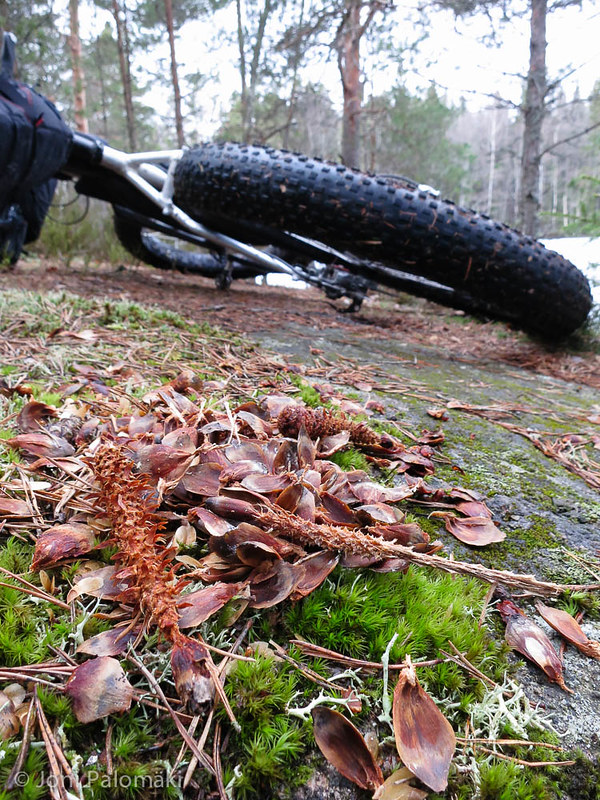 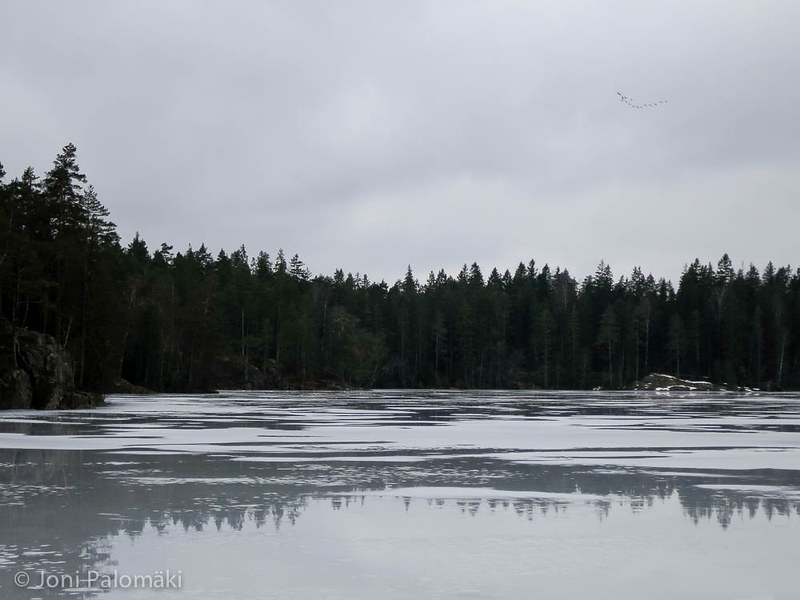 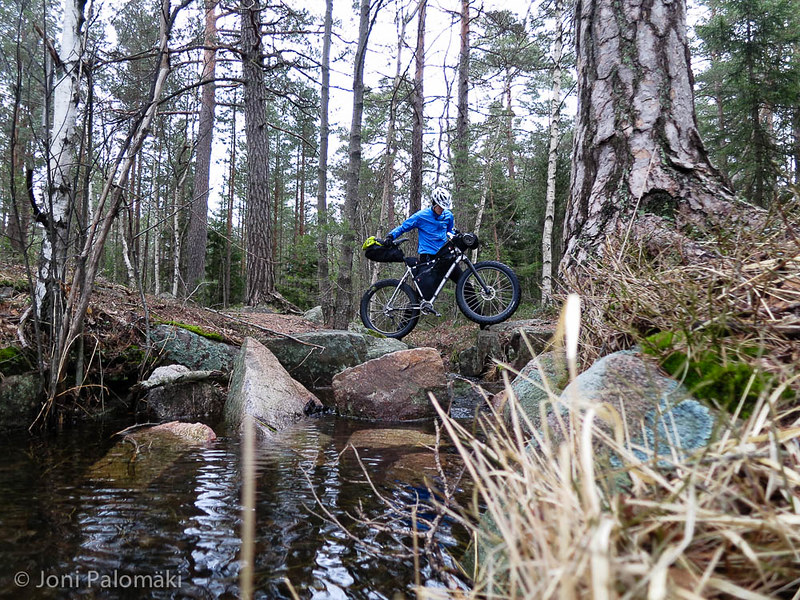 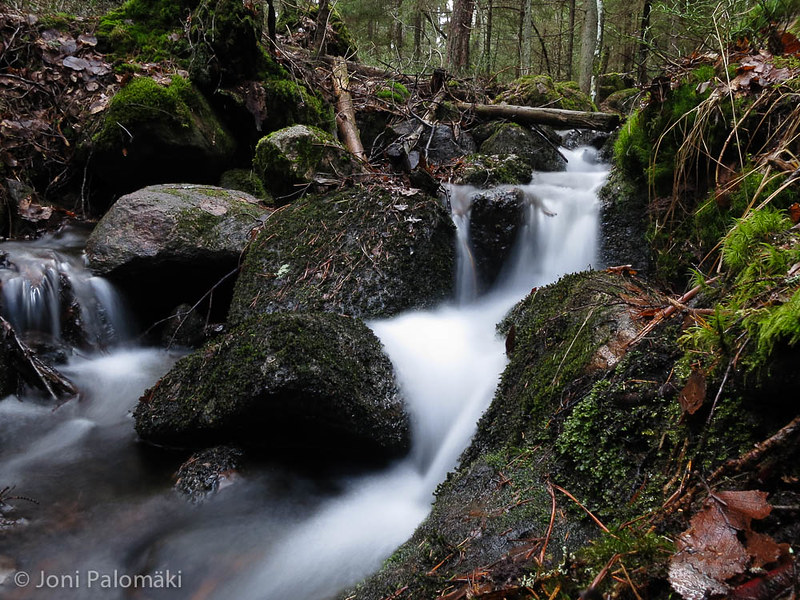 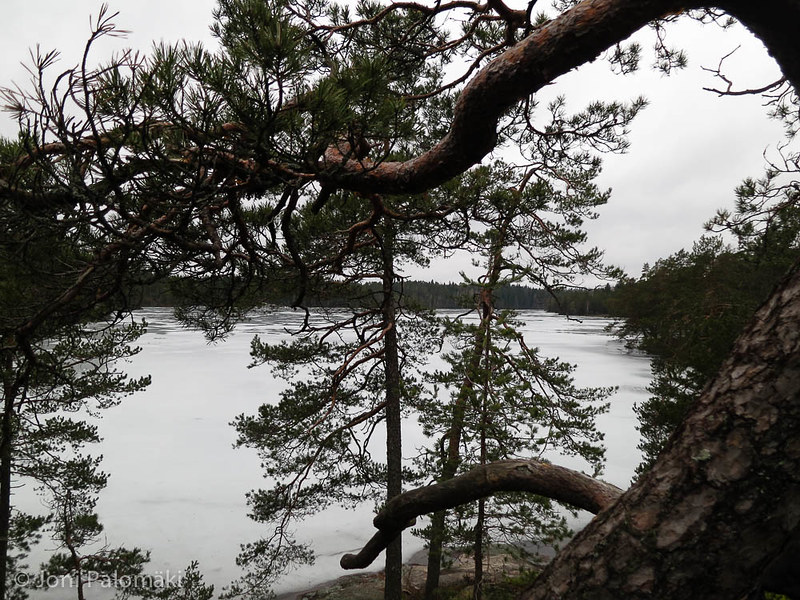