Visiting Ostrobothnia over Easter, despite the typically busy schedule trying to meet everyone, friends and family, I managed to snatch a day for myself. Having found a handy resource last summer, for outdoor destinations in the Suupohja region, I had already earmarked few potential destinations for a day out, and decided to head towards Kurikka this time, visiting one of the ‘mountains’ of Ostrobothnia, Santavuori (merely a hill of course) and the trails around it, named as Nuijapoloku. 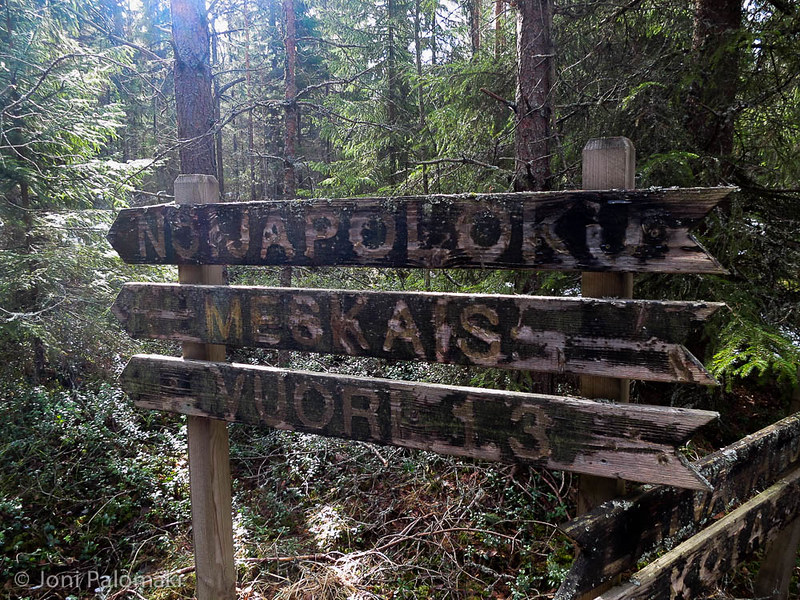 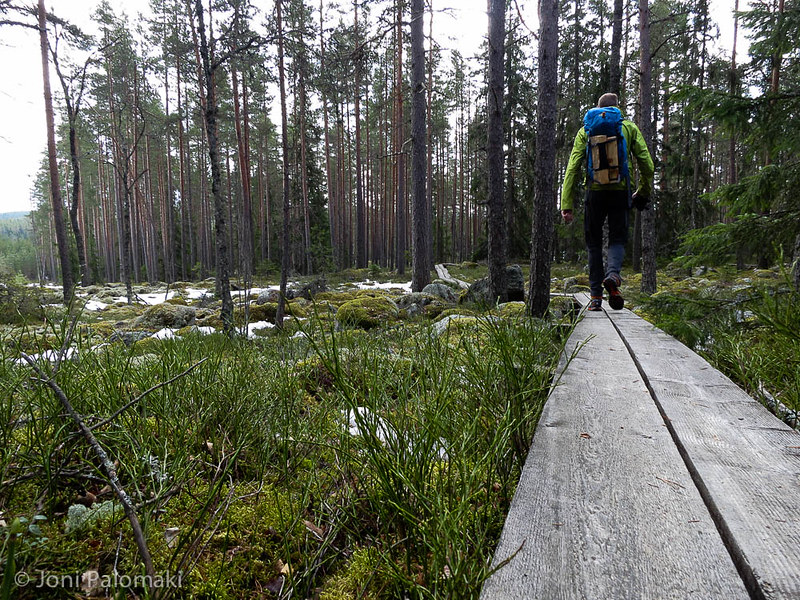 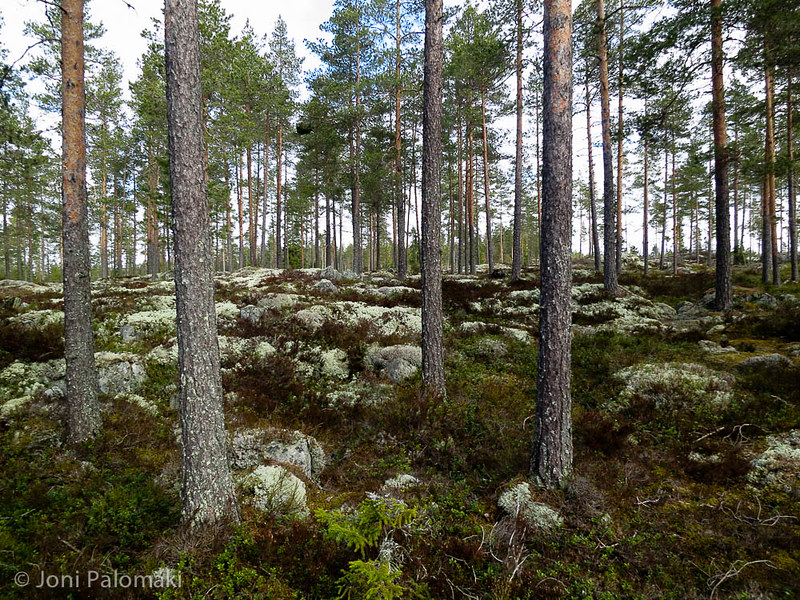 Nuijapoloku is a tribute to the Cudgel War, ‘Nuijasota’, a peasant upprising against nobles and infrantry back in 1596 (when the country was still a kingdom of Sweden), a fight for freedom and justice. Name refers to the rudimentary weapons used against the professional troops of Clas Eriksson Fleming. Despite some initial success, the rebellion was in the end forcefully suppressed - the final battle took place in Santavuori, demanding lives of over thousand insurgents. 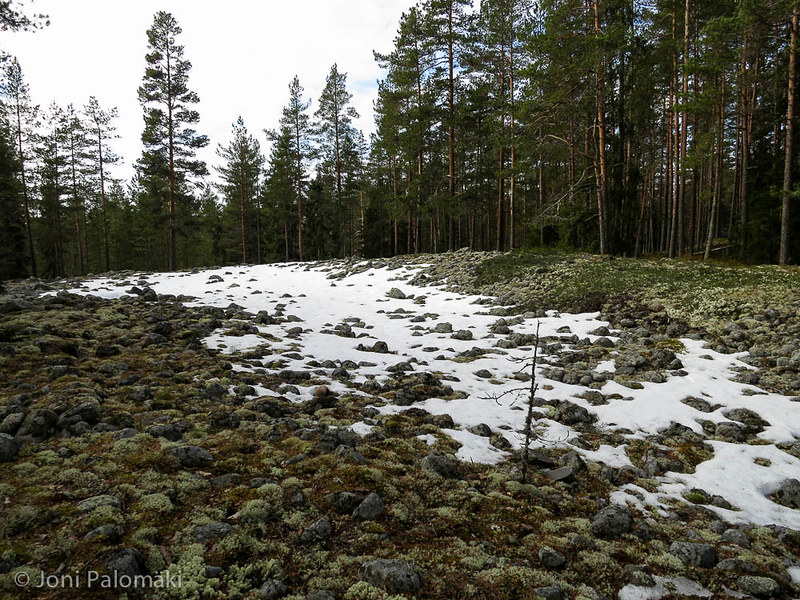 Arriving to the parking place, I started to follow the rather well marked trail towards Santavuori. There are four different trails to choose from, ranging from 5 to 21 kilometers in length (from blue to white) - I decided to follow the yellow trail, which was the longest round-trip, not having to hike the same trails twice. 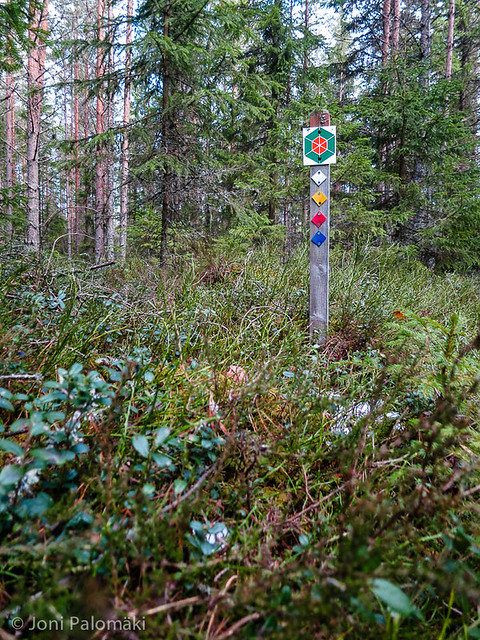 Trail was mostly well marked, but at times I had to search for the correct way since some of the sign posts were either lost, or the route was intersected with recent clear cuts, some of which were due to 16 wind turbines that will be erected in Santavuori by end of 2016. 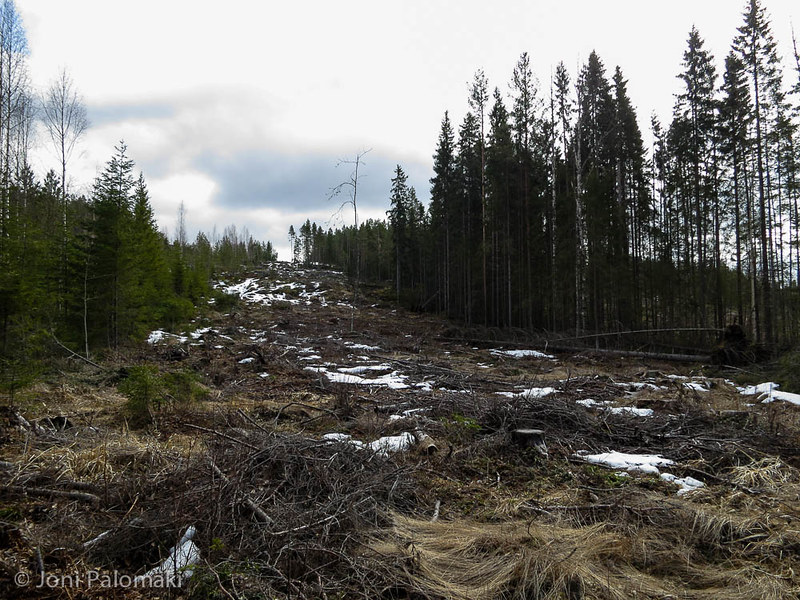 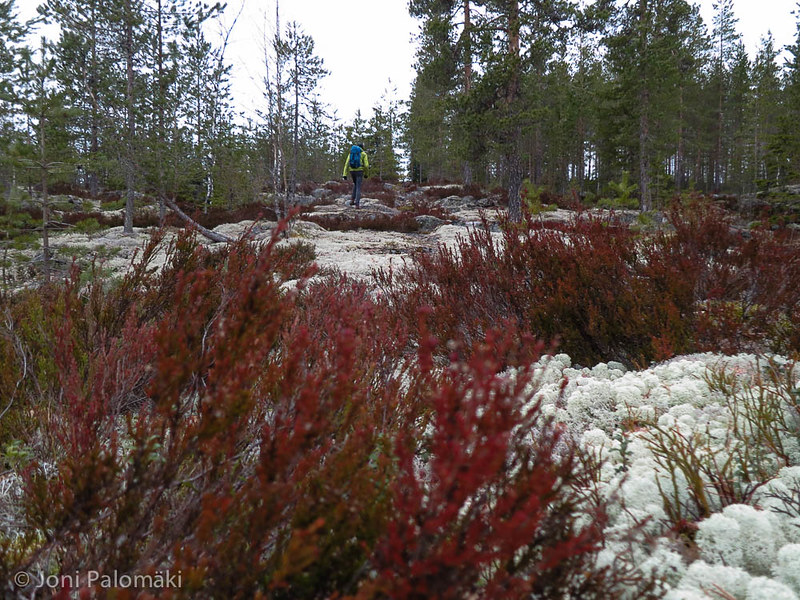 There were several spots to stop for a lunch and a sleepover, be it a laavu or a hut with a fireplace inside. I visited every one of them, and had a lunch by the fire in Leevinkota, a closed teepee-styled hut roughly half-way of the yellow trail. Always nice to eat something local, I had stopped at Ilmajoki on the way, and had a package of tasty blue cheese sausages by Ilmajoen Makkaramestarit. 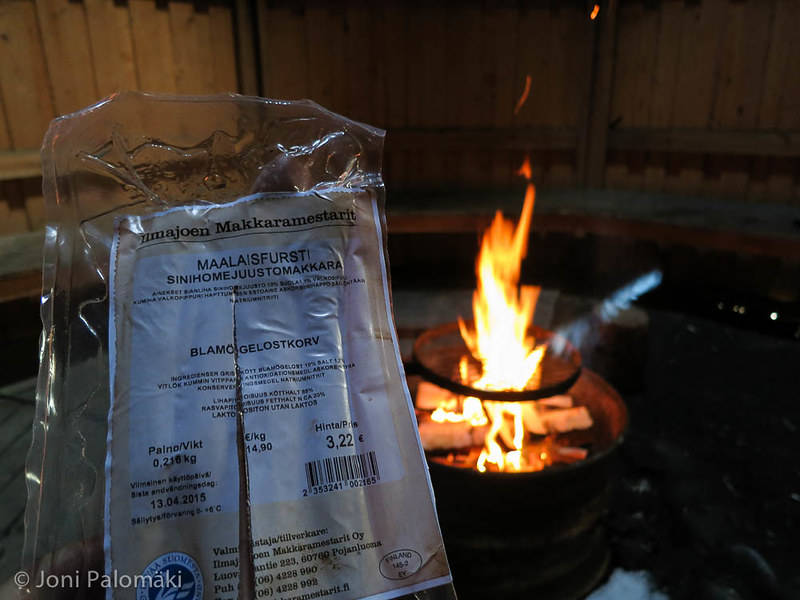 I met no other people the whole day, and while I could see some footprints close to the parking lot at the starting point, further down the partly snowy trails I saw no sign of visitors. Guestbooks in the huts had most recent entries from couple of week’s back. 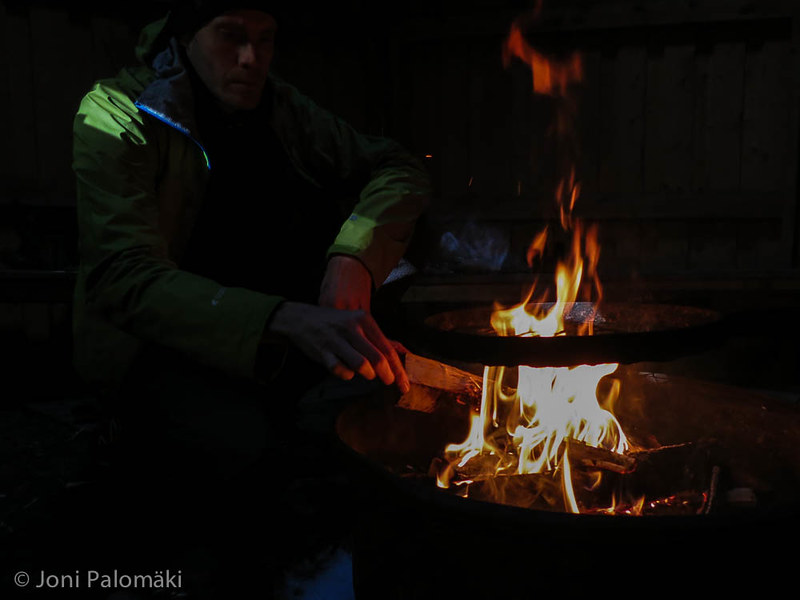 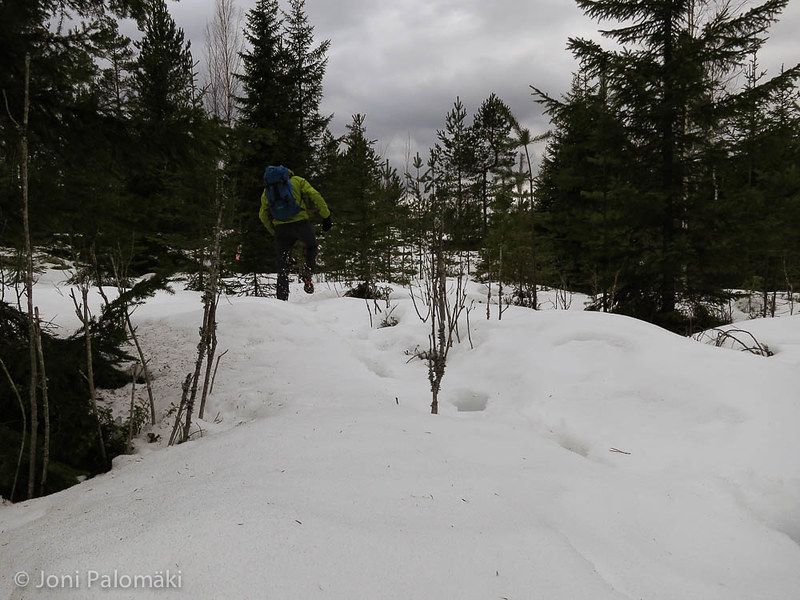 With little traffic, I hoped to get a glimpse of some wildlife and treading lightly kept my eyes open. Bears and wolves are not uncommon, but other than few types of fowls, including the very common pheasants and a large owl (could have been an eagle owl), larger animals managed not to cross my path. Regardless, it was an nice day out, and was happy to have a chance to visit the trail and the area before the imminent changes by the wind farming. 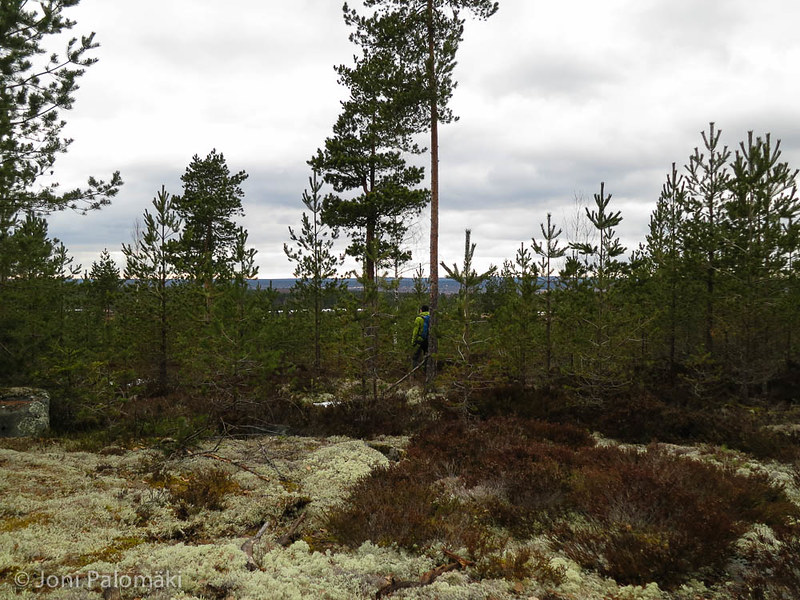 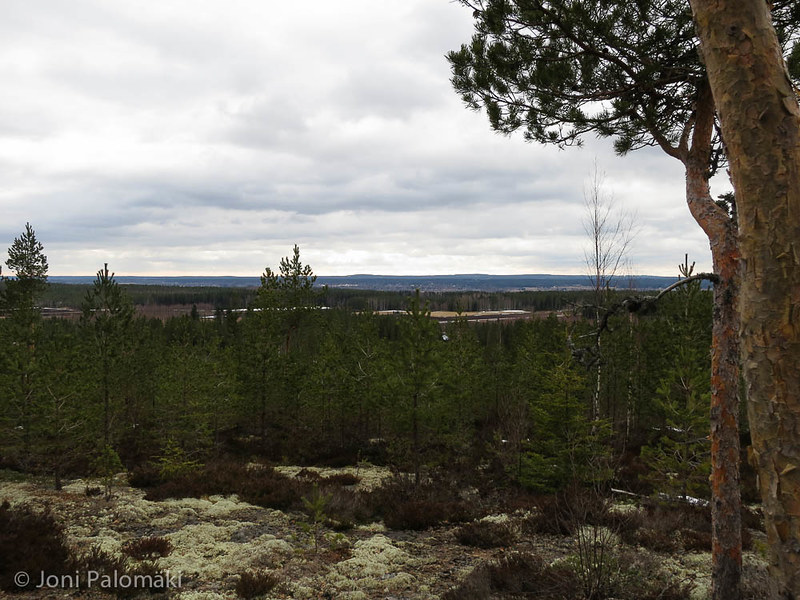 While certainly a nice place for the locals to hike in, the clear cuts and stretches of trail following the forest roads, and sections across the farm fields, make it less attractive for someone not living closer by (or being in the area for other reasons, such as myself). Good thing is that not far away there are also other spots to visit, and that Suupohja online resource makes it easy to map down and connect some of the different destinations if heading to that general direction. 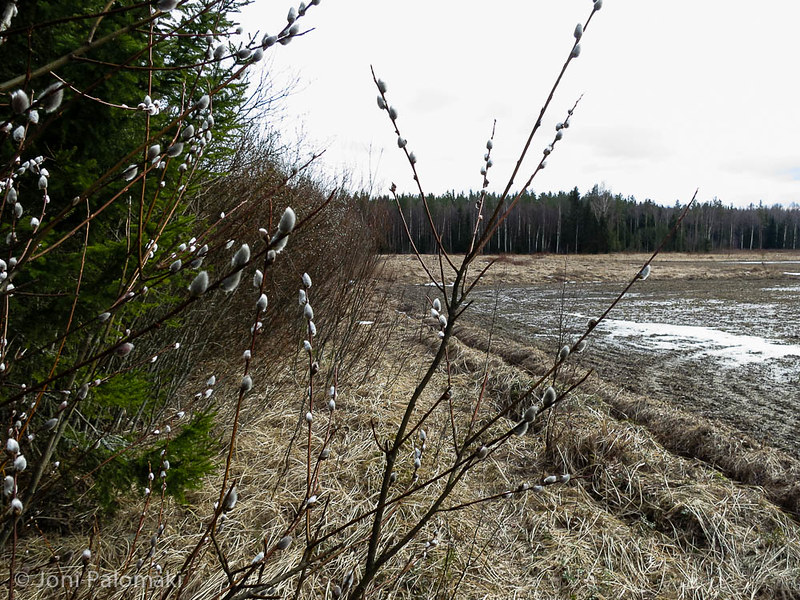 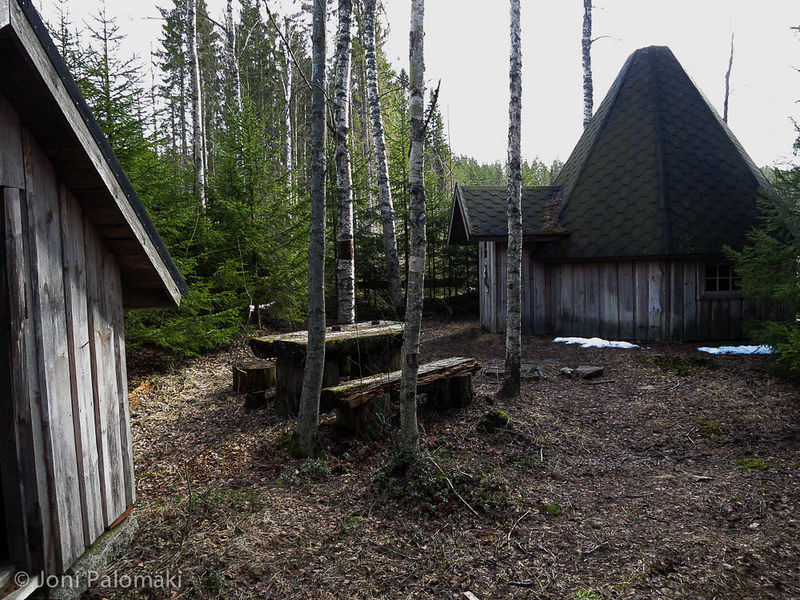 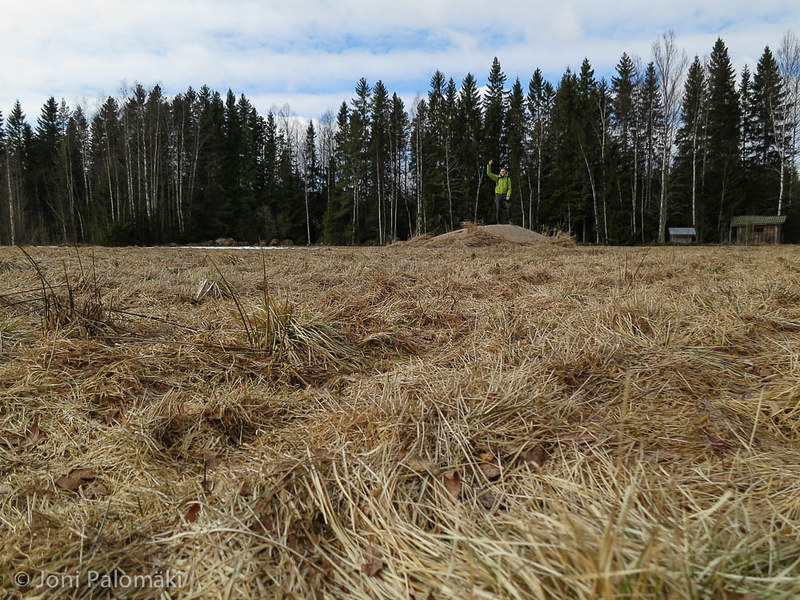