I was already sold at the notion of spending the night again under a full moon, and when an interesting location was also thrown into the deal over a lunch break the other day, I was soon calling around to source a bike for train-assisted bikepacking trip to Slätmossen bog in Meiko, Kirkkonummi, the same evening. Having my fatbike still under work with few parts in the mail, I was lucky to be able to borrow a hardtail 29er for this trip. Though medium in size (when I typically run large or extra large), with the seatpost extended and fair 20 kilometers to cover by bike, it worked very well. 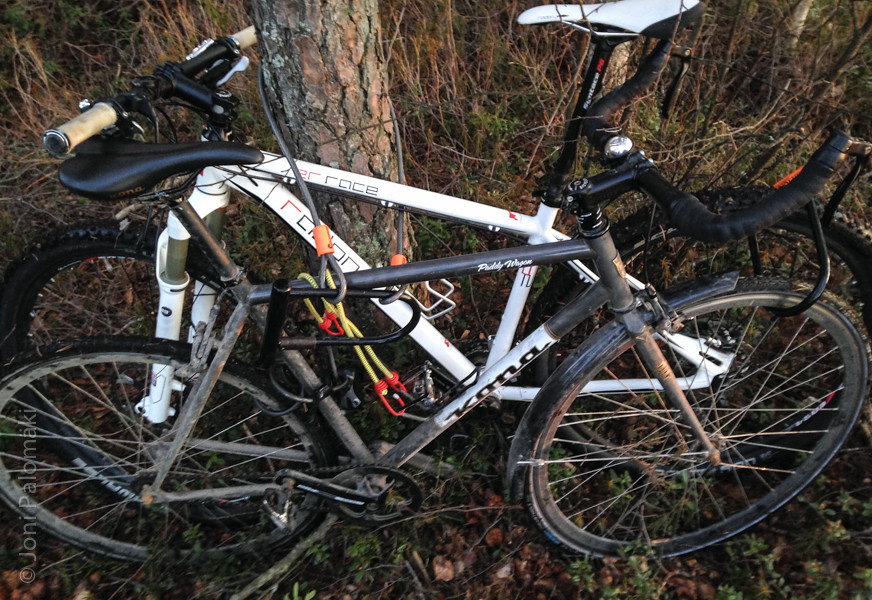 We kicked off with Marko from Espoo, taking a train to Kirkkonummi to keep up with receding daylight, and pedaling up past lake Vaipo, which resides close to the bog we were after. Arriving just to see the sun disappear behind the forested horizon, and locking bikes to a tree, we took a bearing to one of the rocky outposts, vestiges of the lake not so long gone. Hoping to see some of the wildlife at daybreak, this islet was to offer a good viewpoint and a nice encampment overall. 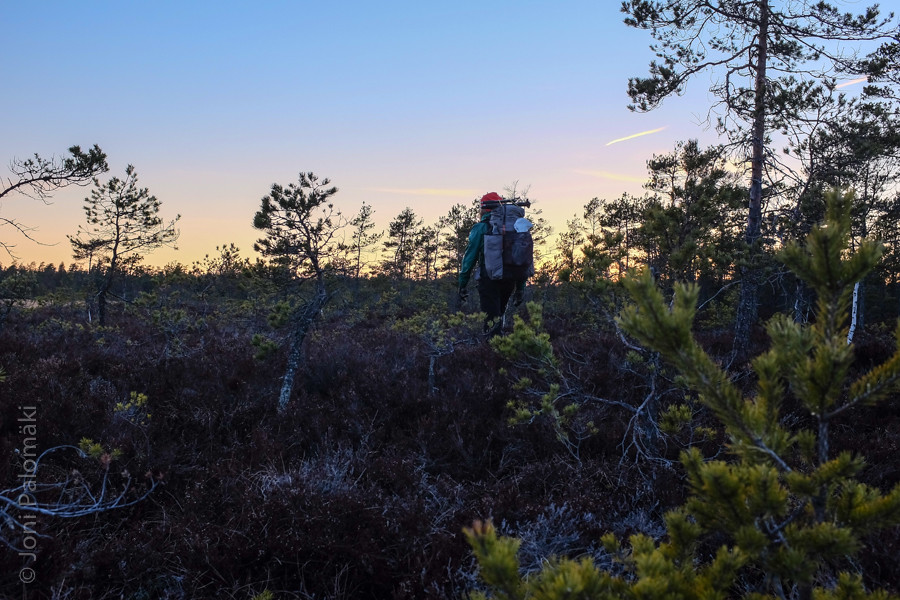 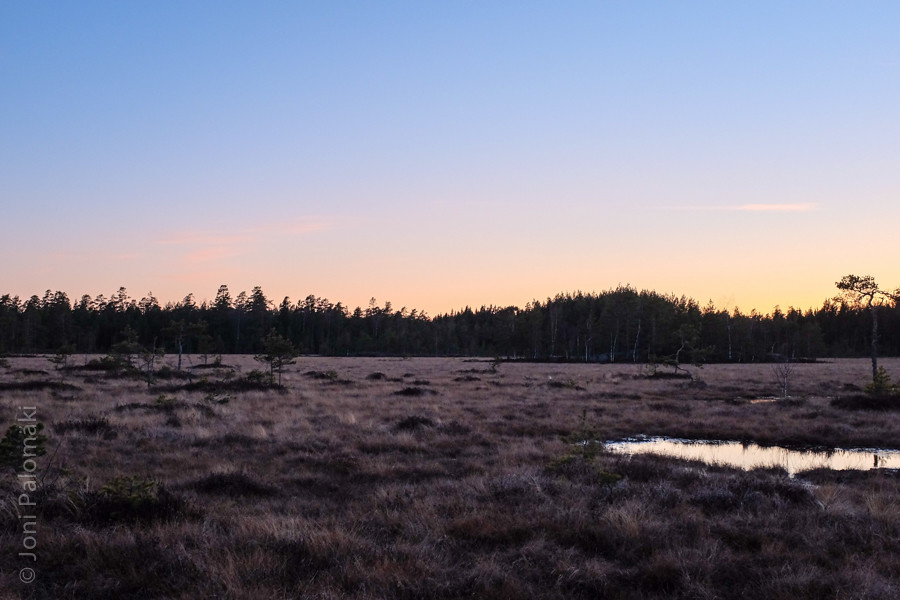 Crossing mire, any efforts to keep one’s feet dry were futile. Wearing waterproof socks (I wore medium weight Sealskinz) inside the bicycle sneakers helped to keep the water out of the skin, but feet got cold pretty fast unless we kept moving. 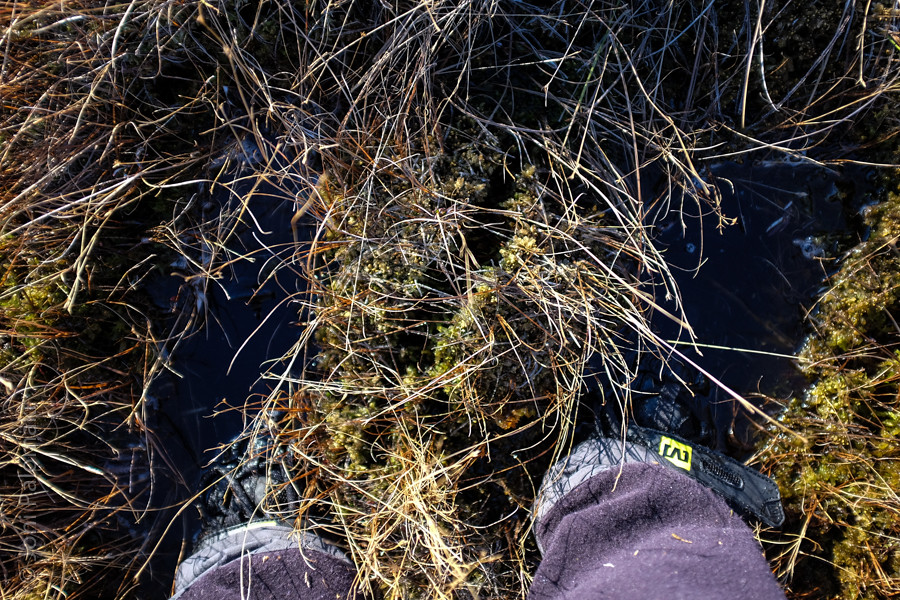 In the middle of the bog there’s an observation point - a low profile shack with small plexiglass windows, accommodating perhaps two viewers at a time. 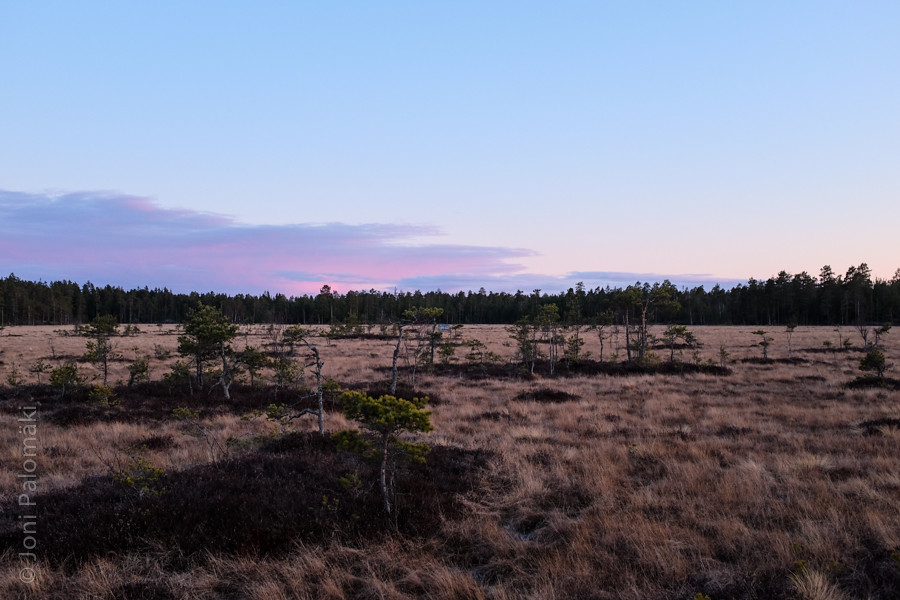 Reaching the islet we unloaded the packs and continued up to Vitträsk a kilometer away, to fill up the empty bottles with perfectly clear water. 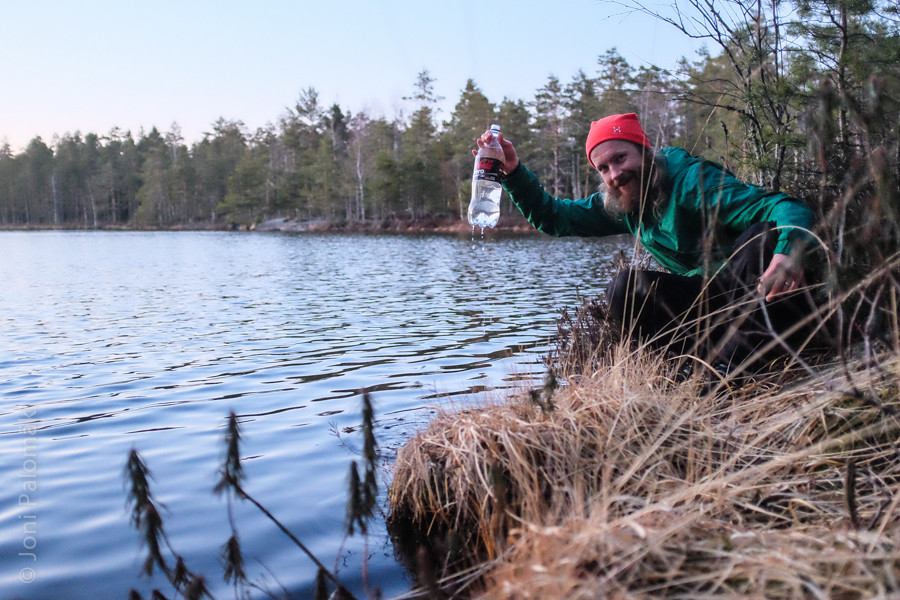 Night was cool but not cold, temperature was probably a couple of degrees celcius below zero at the coldest hour. Awakening a bit before six was anything but rude, as we got to listen and then follow the very distinctive courtship ritual of a large flock of Black Grouse not too far away. With the fixed 35 mm focal length on my pocket camera, I opted for the binoculars and enjoyed the sighting through them, while Marko was able to get some nice photos with his longer lens. What a great view to start your morning with! Packing up for return we also got to see a single crane that we spotted based on the distinctive trumpeting calls across the mire, not an everyday sight either. 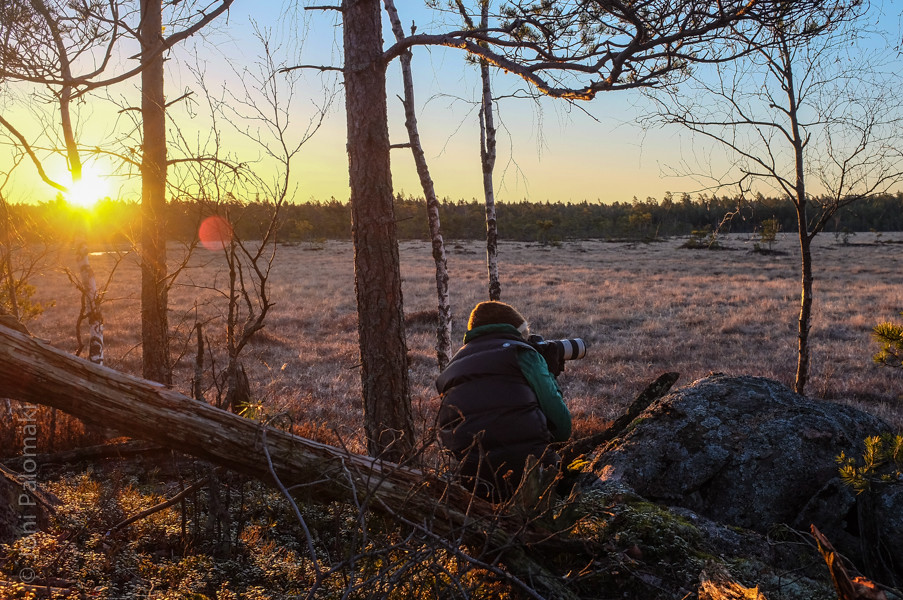 With a working day ahead, we crossed the bog quickly, after I added more layers in the feet to try and keep those digits warm enough to bear the trip back home with wet shoes (didn’t care to carry spare shoes this time, only had those cycling shoes with me). While the soil was still frozen in some places after the cold night, it did not carry our weight in the morning sun and we padded in ankle-deep water back to the bikes. 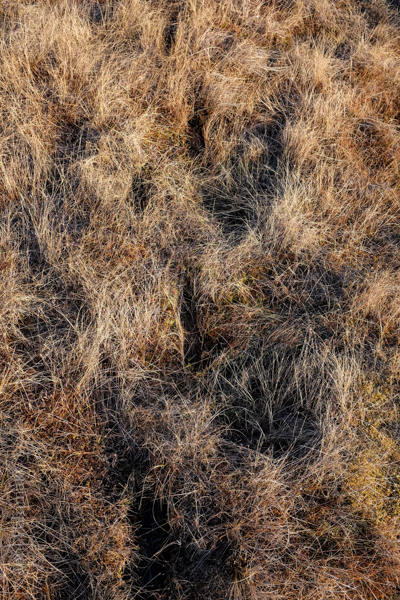 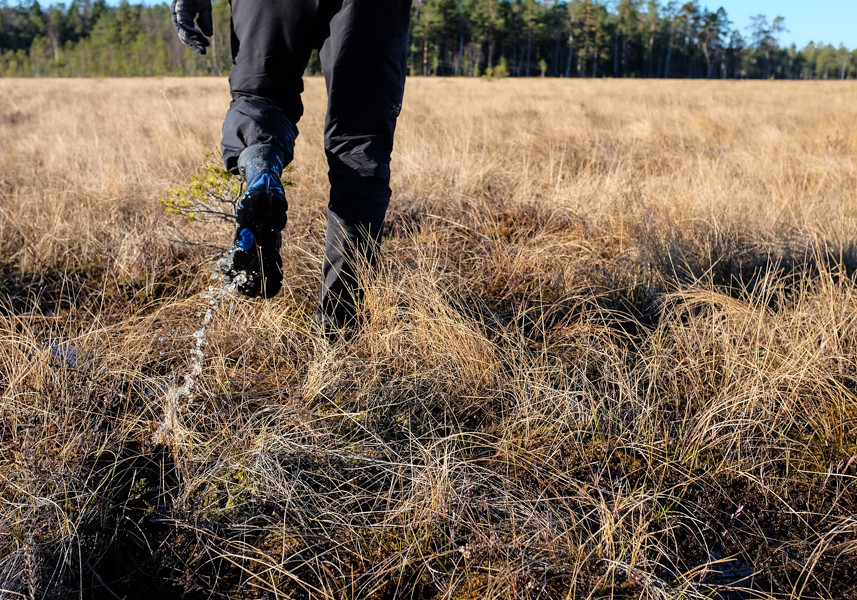 A great midweek escape to outdoors, not far away from home. Ignoring occasional flyby’s of airplanes and distant hum of traffic at dawn, Meiko region has a nice remote wilderness feeling to it, great to have places like this nearby!